Based on the Nemesis board game. 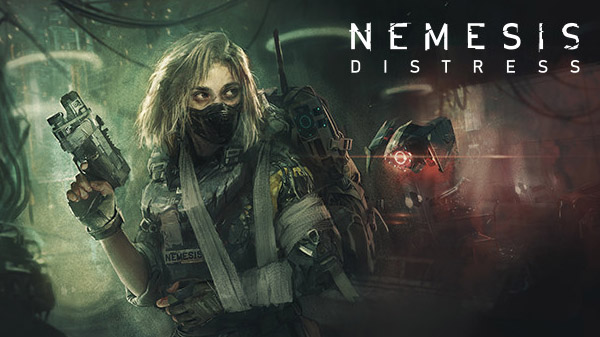 Developers Ovid Works and Awaken Realms Digital have announced Nemesis: Distress, a first-person horror multiplayer game adaption of the Nemesis board game. It is in development for PC with a planned release via Steam.

Nemesis: Distress is described as “a multiplayer-focused game with a hidden traitor aspect, as well as shooter and survival elements.” Players will play through 40-minute scenarios to try to fulfill their secret objective and survive.

You drift back from the cold void of the hyper sleep. At first, you only feel a tingling in your mouth and a taste of your blood, but soon all the other symptoms hit you. Your head is exploding. Your stomach is turning. A strange noise rings in your ears. This sound is loud, piercing. An alarm!

Fighting through dizziness, you open your eyes, the lights of other hibernation chambers blinding you momentarily. Broken glass. Wet floor. A stasis pod burst open like a ripe watermelon, dripping with red. The thing inside was once your friend. Now it barely resembles a human, ripped open from the inside – damage too severe for a simple stasis pod failure. You raise up and check if your other mates are all right. The good news is: they are. You all gather in the middle of the room, shivering, half-naked. The bad news is… plentiful. Ship stuck in the middle of nowhere. Many systems damaged. Bulkheads breached. Unknown contaminants in the air. You also hear noises in the hollow halls of the ship. You’re not alone! To make things worse, you have no idea what happened, and who you can trust, as everyone has their hidden agendas. This would not be the first time a ruthless corporation pits the crew against each other.

Nemesis: Distress will bring you to a ship lost in space, with Intruders ravaging through the corridors, evolving, and ripping through everything that stands in their way. Will you save the ship? Or take an easier route and board the escape pods?

Every game of Nemesis will create its own cinematic science-fiction horror experience.

Nemesis: Distress is multiplayer focused game with a hidden traitor aspect, as well as shooter and survival elements. Players will play through 40-minute scenarios, trying to fulfill their secret objective and survive.

Players will choose one of the asymmetric character classes, all with special actions that come in hand in specific situations. They will also select the secret objective they have to fulfill in order to win the game – those are randomly drawn out of the pool containing exciting challenges such as destroying the Nest, directing the ship safely to Mars, or even ensuring other players die. Sometimes there will be no traitor, but you never know who to trust!

While the implant inside our characters blocks any direct negative interaction (such as shooting other crew members), there is plenty of indirect ways to make the lives of other players harder. Setting rooms on fire, spreading false information, closing the doors right in front of their faces is just some of them.

On top of that, there will be a constant threat of evolving Intruders that slowly take over the ship. While it is possible to kill them, it’s not an easy task, and you get no benefit of it… other than surviving the encounter, that is.