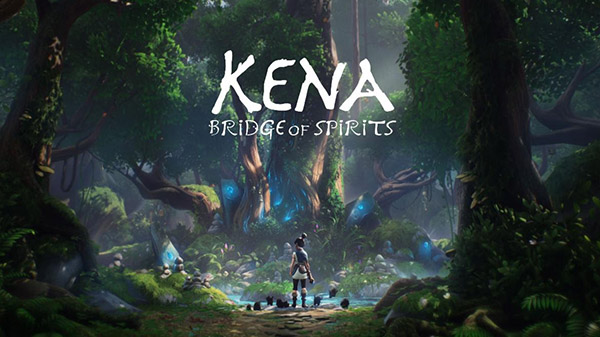 Ember Lab has announced Kena: Bridge of Spirits for PlayStation 5, PlayStation 4, and PC (Epic Games Store). It will launch this holiday.

Here is an overview of the game, via Ember Lab:

A story-driven action-adventure, the game seamlessly blends narrative with exploration, puzzle-solving, and fast-paced combat for a beautiful, immersive journey. Kena: Bridge of Spirits is slated to debut in time for the 2020 holiday season.

This gorgeous adventure takes players on a journey of self-discovery as Kena restores balance to an ancient village in a once-thriving environment. Players take on the role of Kena, a young Spirit Guide on a quest to uncover the mysterious story surrounding the demise of the village. Using her staff and the help of her collection of tiny companions known as the Rot, the player will disarm adversaries, unlock new skills, uncover secrets, and restore the beauty of the land.

Kena: Bridge of Spirits is the first game from Ember Lab, a small indie studio that honed its skills creating character-driven animated commercials and branded game apps for clients such as Coca-Cola, Major League Baseball, and Hisense. The studio was formed in 2009 by brothers Josh and Mike Grier with the mission to tell great stories with universal appeal. Ember Lab is a tight-knit team of 14 that seeks out and collaborates with emerging talent and developers worldwide.

Many in the game industry may know the studio for Majora’s Mask – Terrible Fate, a short fan film released in 2016 that explored the dark origin story of the Skull Kid. The short combines real-world locations and CG characters. It has been viewed more than 20 million times across YouTube and Facebook and has been praised as one of the best game-inspired fan films.

One of the most unique aspects of the game revolves around enhancing Kena’s abilities with the help of her Rot companions. Building a bond with the Rot leads to a deeper, more organic combat and a nuanced skill evolution. Kena: Bridge of Spirits has been designed to take advantage of the PlayStation 5 hardware performance and DualSense controller. The game features immersive haptic feedback including simulated string resistance for Kena’s Spirit Bow.

“We’ve had this game concept for some time, and we’re finally able to bring our vision to life with the support from Sony and the capabilities of the new hardware,” said Mike Grier, chief creative officer of Ember Lab. “We want Kena: Bridge of Spirits to immerse the player in a detailed, fantastical world that feels real.”

It’s hard to describe the excitement and pride we felt for our entire team as the trailer of our first game, Kena: Bridge of the Spirits, was revealed during The Future of Gaming PS5 digital event. My brother Mike and I founded the studio with the goal of creating immersive content through compelling characters and cinematic worlds, and the reveal of Kena: Bridge of the Spirits is the culmination of that vision.

Ember Lab is a small team with a background in film and animation. Before transitioning into game development, we were a boutique studio specializing in character development for animated commercials.

As young kids, we moved around a lot, following our dad on various expat assignments. Games centered us and allowed us to feel at home no matter where we were. Our love of games pushed us to create the fan film Majora’s Mask – Terrible Fate. Creating Kena: Bridge of the Spirits was the natural next step for us.

Kena: Bridge of the Spirits is a story-driven action adventure set in a charming world rich with exploration and fast-paced combat. Players find and grow a team of tiny spirit companions called the Rot, enhancing their abilities and creating new ways to manipulate the environment. Working with the support of Sony and the next-generation features of the PS5 gave us the opportunity to expand the immersive experience we envisioned and enhance the game’s unique play mechanics.

We are proud to have maintained an indie spirit and singular vision while working with a global team of artists and developers to bring the game to life.

Kena: Bridge of the Spirits is truly a passion project born from our pursuit of creative storytelling, and we hope audiences around the world will love it as much as we do. We’re looking forward to sharing more about the project soon.

Watch the announcement trailer and a compilation of gameplay clips below. View the first screenshots at the gallery.