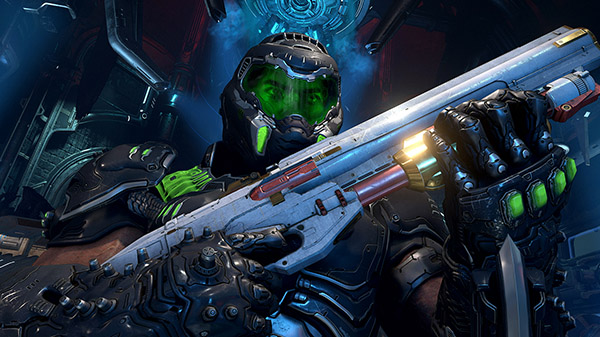 Here is an outline of the update, via Bethesda.net:

The latest map for BATTLEMODE, Torment, is almost here! Arriving in Update 2, Torment sends the Slayer and Demon team down perilous halls adorned with overgrown foliage and cryptic markings.

Mastering this map requires keen use of angles down the narrower stretches of the map. The Slayer can make use of Torment’s jump pads to cover considerable ground but be warned: A Demon’s well-placed trap around some of the arena’s tight corners could turn a maneuver into a massacre instantly!

In addition to adding a new map to BATTLEMODE, Update 2 also brings enhancements to DOOM Eternal’s multiplayer mode. On top of your standard bug fixes and optimizations, Update 2 will bring latency improvements and the ability to tailor separate, custom keybinds to each demon – giving you just the right setup to match how you play BATTLEMODE’s playable hellions!

Of course, we’ve got a lot more under the hood for Update 2. We’ll drop every single deet you need in the patch notes later this month when the Update releases, but look forward to quality-of-life improvements for colorblind players, an improved UX for Boosters, an increased number of Empowered Demons per map and a host of bug fixes to help make sure there’s only one kind of Torment awaiting you in DOOM Eternal!

For further details, check out the full list of changes on Bethesda.net.

Watch the launch trailer for Update 2 below.

The World Ends with You The Animation announced Previous post
The Legend of Heroes: Hajimari no Kiseki full-length trailer Next post