Deck builder Doors of Insanity announced for PS4, Xbox One, Switch, and PC 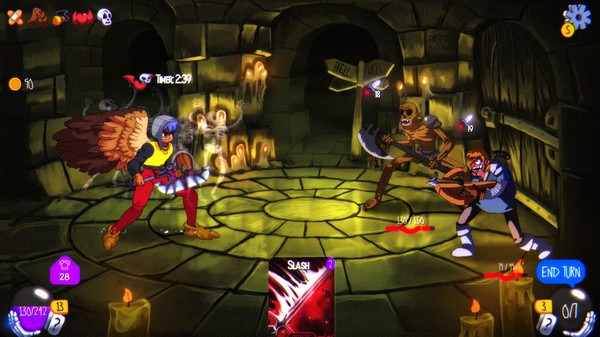 Publisher Another Indie and develoepr OneShark have announced deck builder Doors of Insanity for for PlayStation 4, Xbox One, Switch, and PC (Steam). It will launch first as a Steam Early Access title, where it will remain in Early Access for about six months.

Embark on an epic ass-kicking, card-slinging journey across purgatory. Create your custom character, build your deck, and do battle with the twisted denizens of purgatory and journey to the paradise you deserve. Cast spells, summon allies, and equip a variety of items and equipment as you explore what lies behind the Doors of Madness. No sword is too big, armor too thick, or ally too obnoxious!