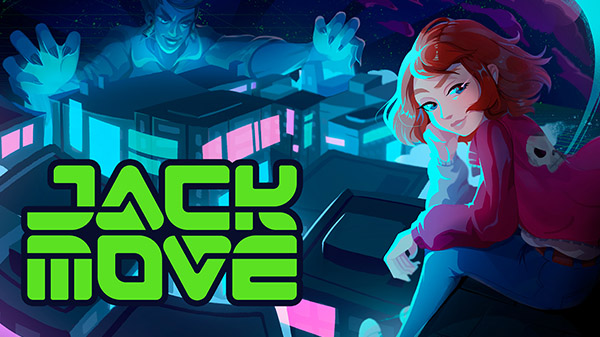 Publisher HypeTrain Digital and developer So Romantic will release cyberpunk RPG Jack Move for Switch and PC via Steam in early 2021, the companies announced.

An hour-long demo for the game, which features a slums area and a dungeon, will be available for PC via Steam during the Steam Summer Festival: Summer Edition from June 16 to June 22.

Jack Move is an RPG featuring gritty cyberpunk storytelling, Japanese-style turn-based battles, and gorgeous hi-bit pixel art. But it’s not just your average Japanese RPG—it’s a fresh take on the genre, aiming to squeeze the fun, depth and story of a traditionally long genre into a tighter eight- to 10-hour package.

In Jack Move you will take on the role of Noa, a vigilante hacker who is thrust into a world of murder, kidnapping and dark research after her father goes missing, explore the dangerous cyberpunk world of Monocity-1 and take down Monomind, the evil mega corporation that controls it. In order to do so, you will have to fight your way through dungeons filled with allsorts of cyberpunk villany.