Bloodstained: Curse of the Moon 2 will launch for PlayStation 4, Xbox One, Switch, and PC via Steam on July 10 for $14.99 / 1,480 yen, developer Inti Creates announced. Pre-orders are now available for Switch via the Nintendo eShop.

Inti Creates also announced that—in addition to previously detailed new characters Zangetsu, Dominique, Robert, and Hachi—Miriam, Alfred, and Gebel from the original Bloodstained: Curse of the Moon will also be playable. The game will also feature a two-player local cooperative mode, allowing players to conquer stages alongside a friend.

Here are the latest details, via Inti Creates:

■ Characters from the Last Game are Playable!

In addition to Zangetsu, Dominique, Robert, and Hachi, the other characters from the original Bloodstained: Curse of the Moon (Miriam, Alfred, and Gebel) are playable as well! 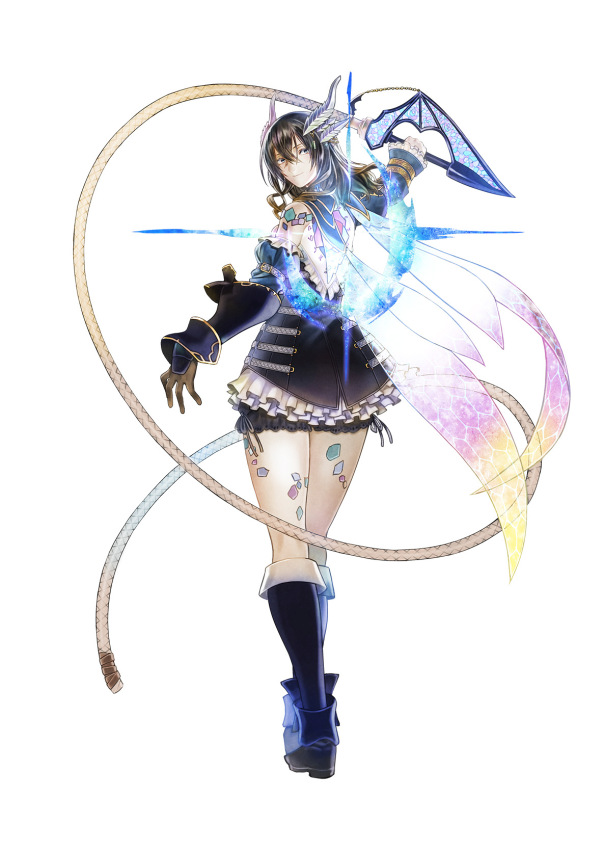 She is a young woman whose body was implanted with Shards by alchemists. The long reach of her whip, along with her dagger, rapier, axe, and sickle sub-weapons, is perfect for taking out weaker enemies. She has a high jump and her slide lets her access tight spaces. 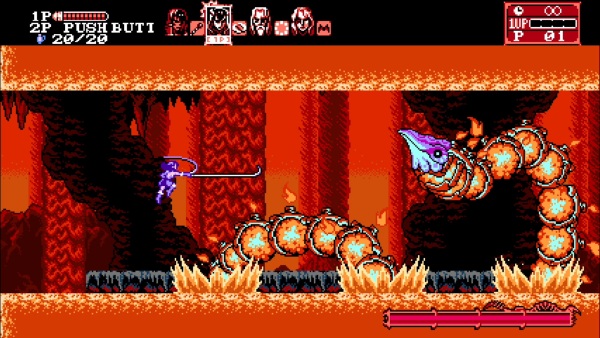 Though slow to attack, her whip boasts incredible reach. She is able to strike at enemies from outside of their attack ranges. 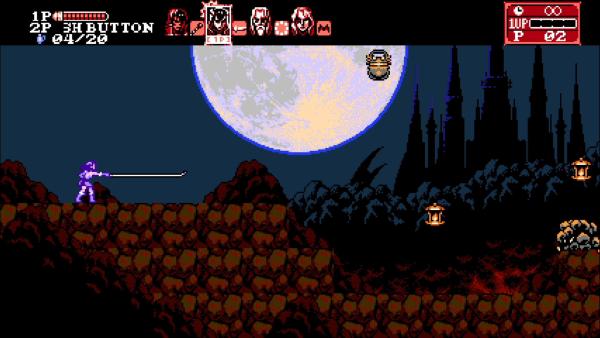 Miriam is able to jump higher without any special command. It’s useful for evading, movement, and attacking. 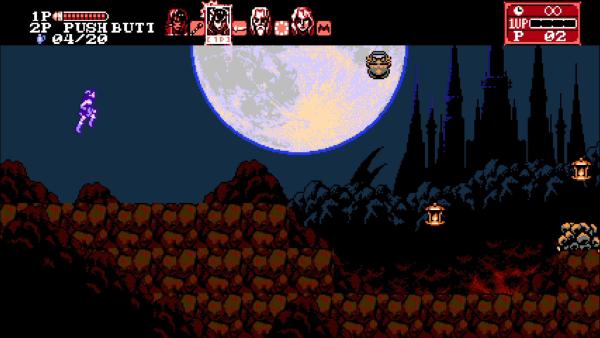 Miriam can pass through barrow passages. However, it is not particularly fast. 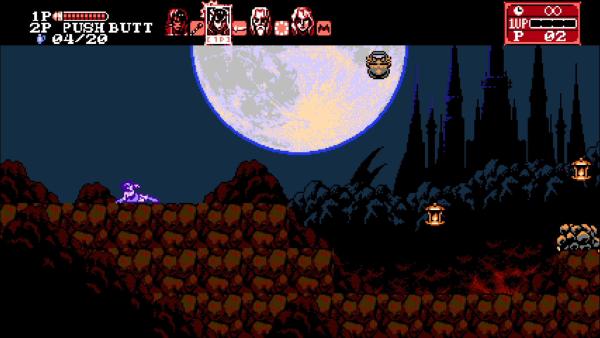 Throw a dagger straight forward. Their attack power is low, but daggers can be rapidly thrown without consuming many Weapon Points. 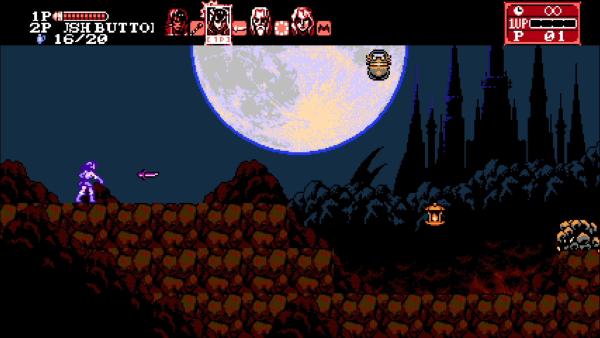 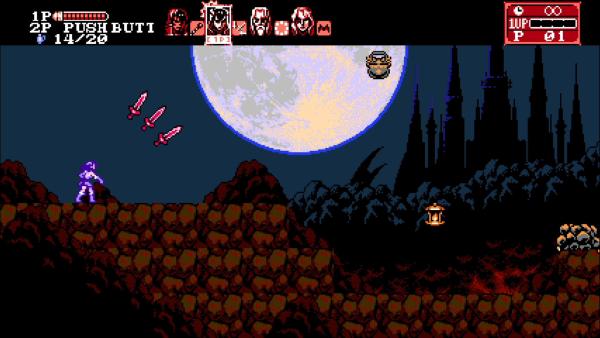 While its range is short, it delivers a powerful blow to enemies at close-range. 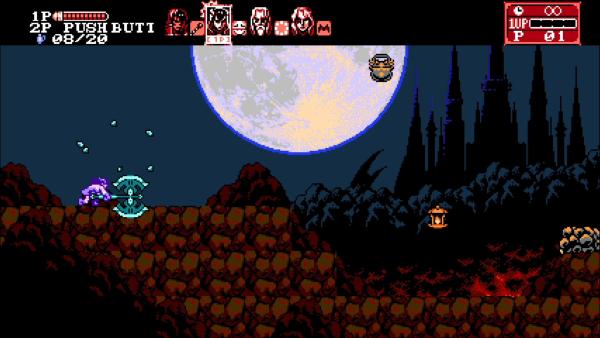 Throw a sickle that returns after a short time. It pierces enemies and projectiles, and will restore WP if caught on return. 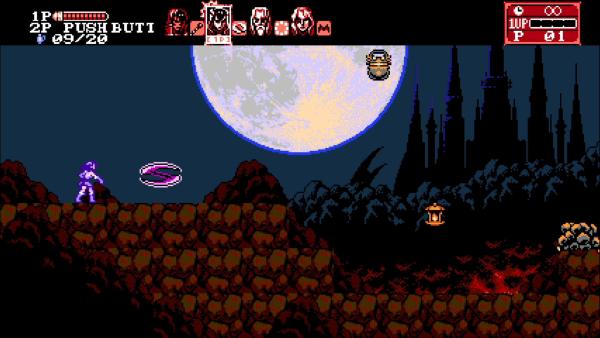 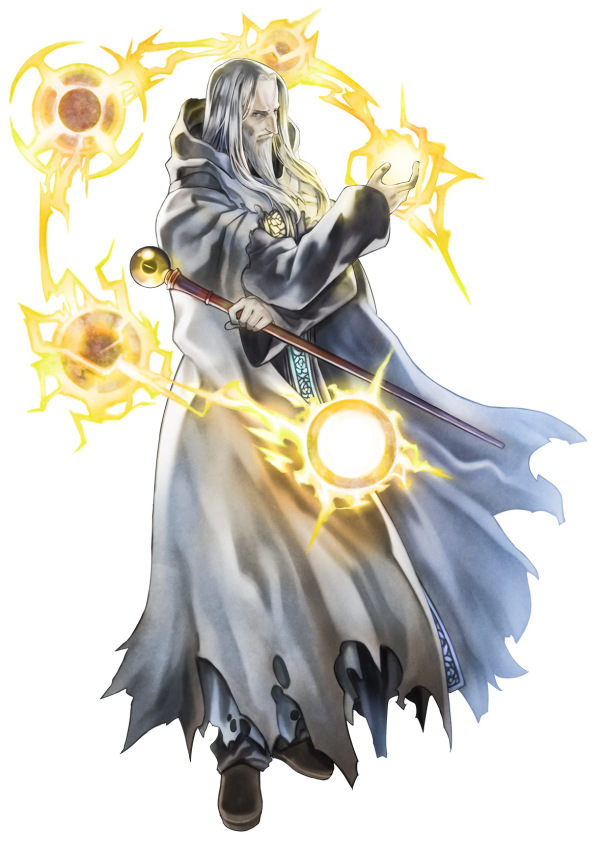 He is an alchemist who searches for the Liber Logaeth. Alfred uses powerful alchemical magic for his sub-weapons. Of his four different sub-weapons, his special lightning magic, Voltaic Ray, can take down bosses in one shot! His weak point is his especially small life bar. 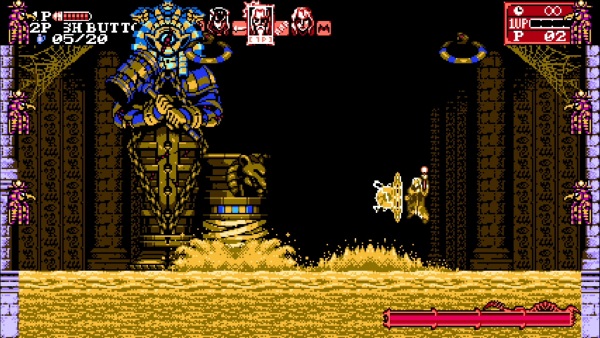 Alfred attacks with a rod weapon, but it is short and slow. You’d be better off finding other ways to fight. 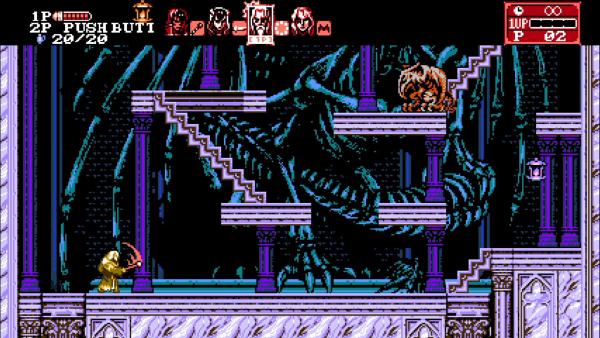 Creates a temporary barrier of flame. Works well in situations with lots of enemy projectiles or low-health enemies. 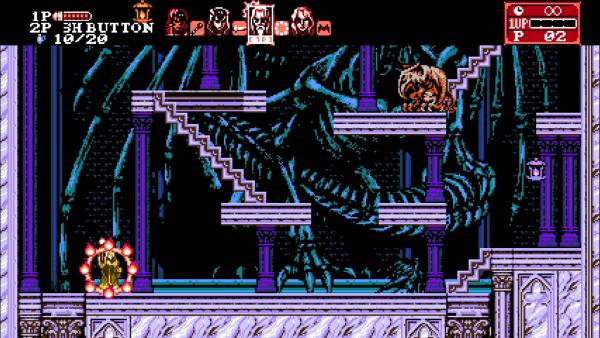 Fire an immense sword of ice directly forward. All enemies it touches will be frozen and can be used as platforms. Enemies aren’t all it can freeze… 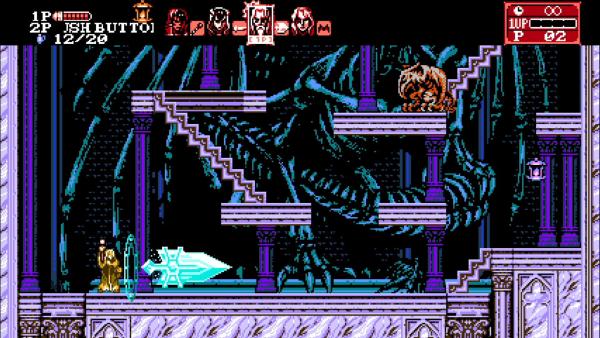 This is the strongest alchemical spell. It attack enemies repeatedly, and but will be hard to find and equip. 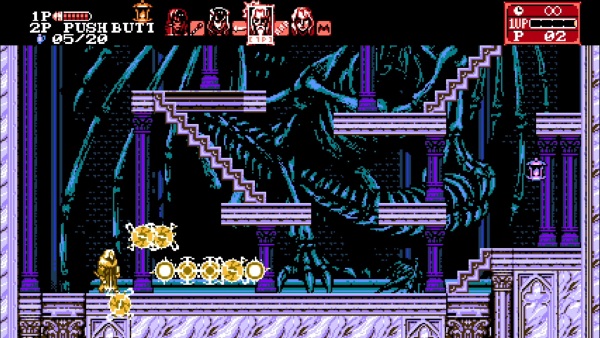 Produce a copy of Alfred to the front. Its position can be adjusted up and down. Perhaps it has some unexpected use… 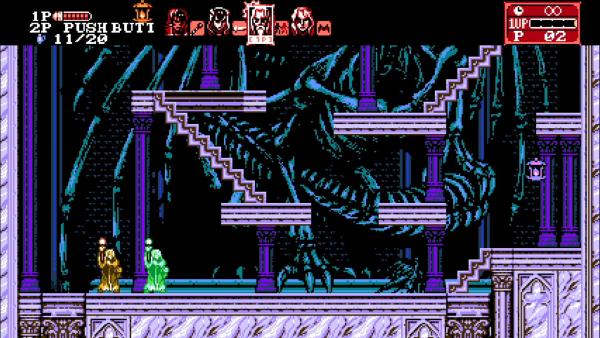 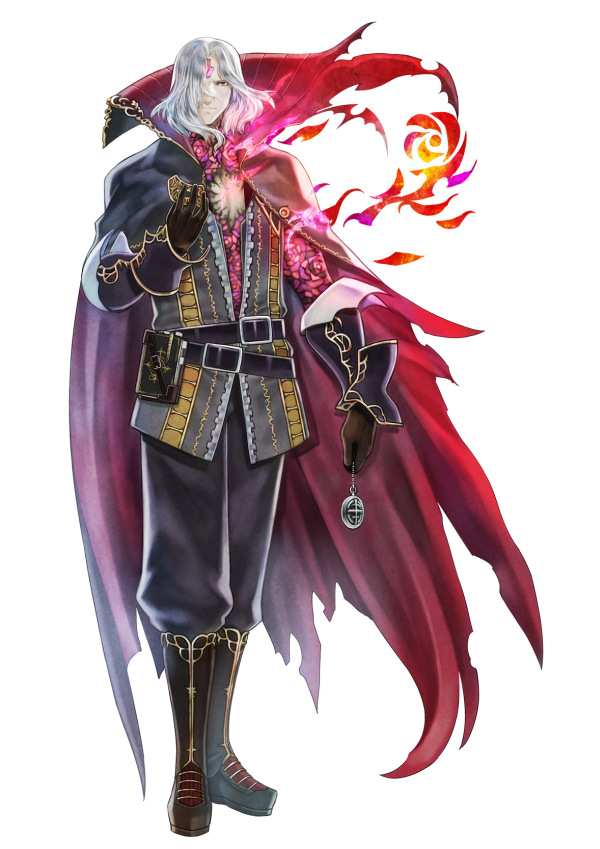 A young man who was also implanted with Shards like Miriam, he detests humans and alchemists alike. While Gebel does not have a sub-weapon, he uses his Weapon Points to activate his flight ability. Also, as his main attack is aimed upwards, he is naturally capable of extremely powerful anti-air combat! Along with his combat strength, he excels at acquiring items and travelling through shortcuts. 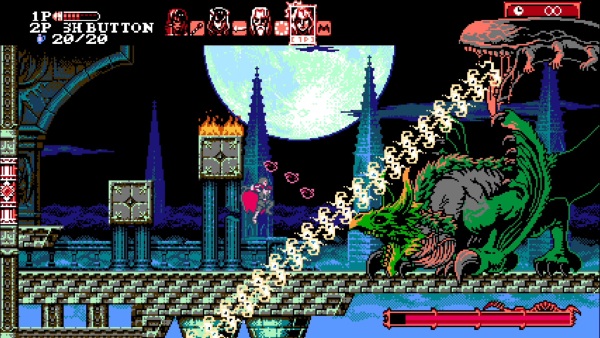 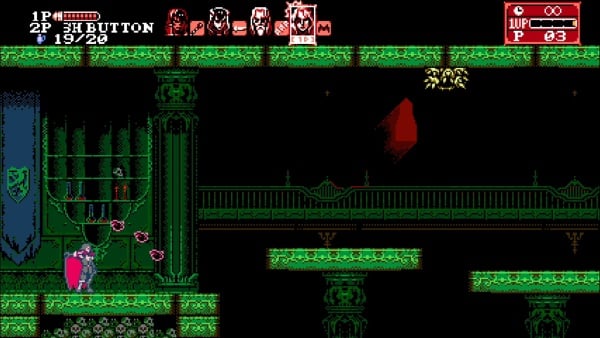 Gebel transforms his body into a stained-glass bat, allowing him to fly in any direction. 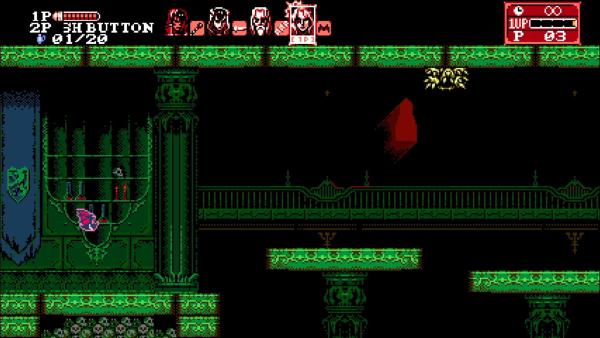 This is Gebel’s attack while transformed. It’s a horizontal tackle that deals damage to enemies and restores Gebel’s HP slightly. 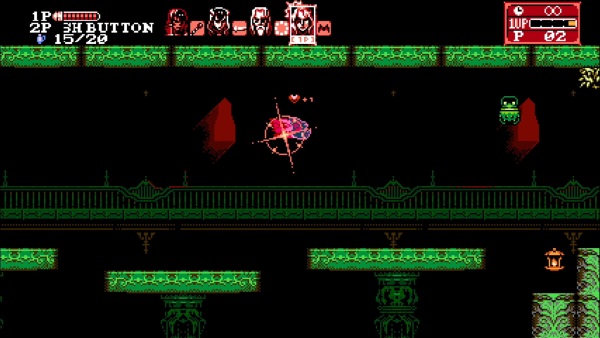 Gebel can spend Weapon Points to quickly ascend while transformed Useful for evasion and movement. 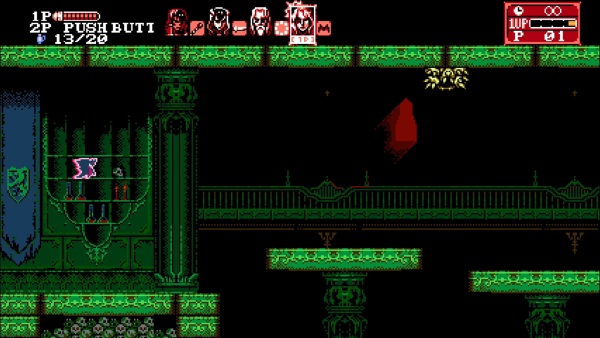 Cancels the transformation and returns Gebel to normal. 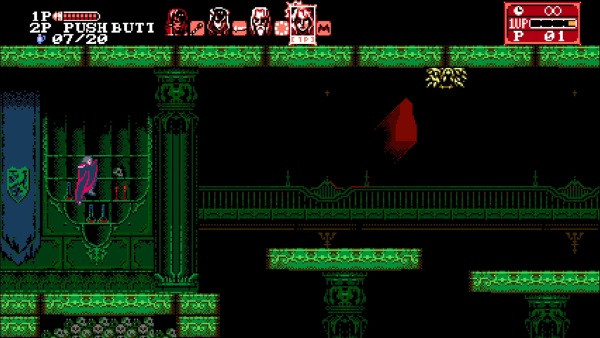 Connect a second controller to have a friend join at any time during the action. There’s lots of ways you can work together to create unique, creative strategies and clear the stages. 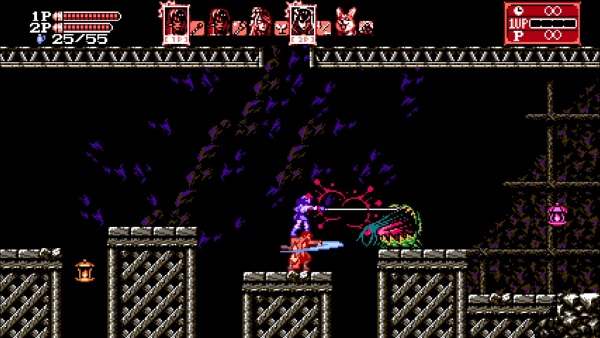 If one player falls in battle, the other can immediately bring them back into the action. 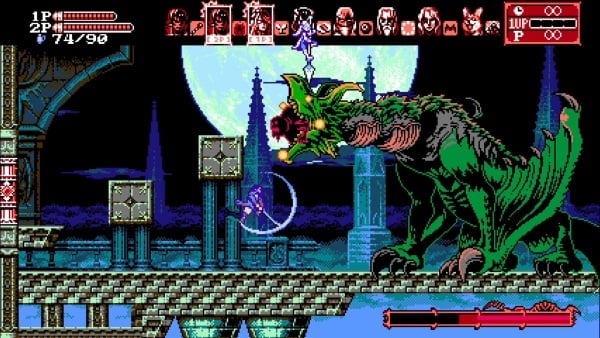 You can warp to your ally’s location with the push of a button and turn your character into a mascot and let your friend control them. 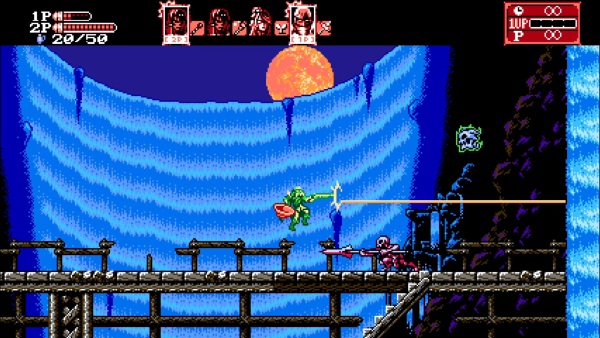 Jump on top of your allies to open up a whole new range of attack possibilities. 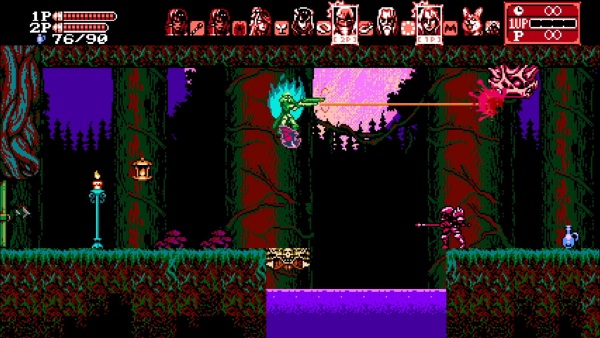 Each character has a favorite food item that recovers even more health for that character. 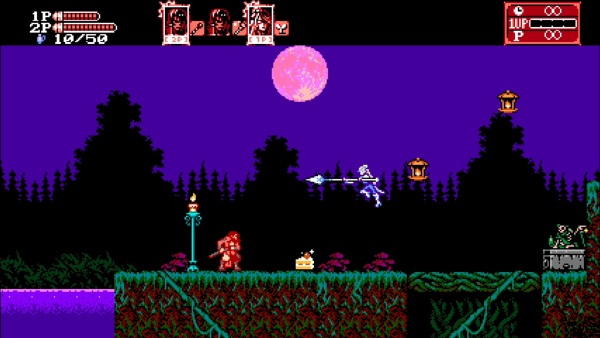 There’s infinite ways to conquer stages now! Explore all kinds of possibilities and destroy bosses in your own unique way! 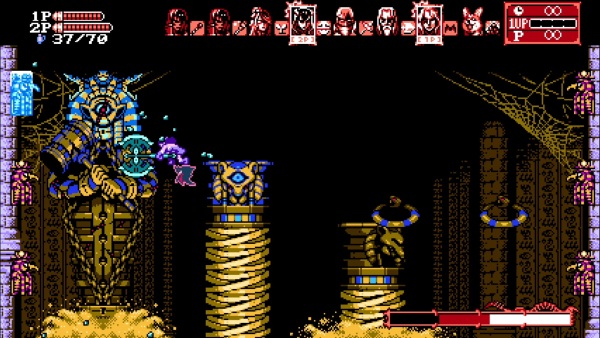