Only Ben 10 can break the curse of the evil magician Hex. 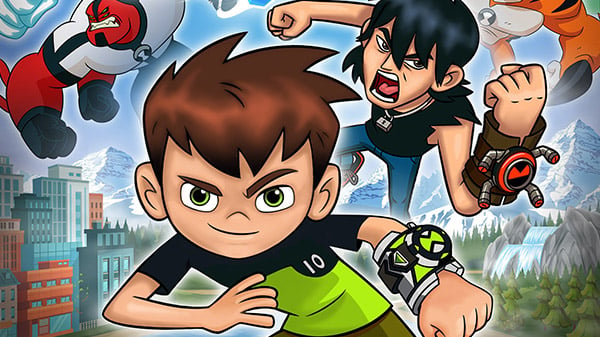 Publisher Outright Games and developer PHL Collective have announced Ben 10: Power Trip for PlayStation 4, Xbox One, Switch, and PC. It will launch on October 9.

“Ben 10 is a beloved kids’ franchise and we are beyond excited to again be creating a game with these characters,” said Outright Games CEO Terry Malham in a press release. “Our long running partnership with Cartoon Network has allowed us to take big steps forward with this title and create a game that will entertain Ben 10 fans and their families as they play together in this brand-new adventure.”

Ben and his family are enjoying their European vacation… until evil magician Hex unleashes the power of four mysterious crystals! Only Ben 10 can break the curse—so get ready to transform into powerful aliens to battle enemies, solve puzzles and freely explore an exciting 3D world. It’s hero time!

With Gwen and Grandpa Max on your side, all the humor and rivalry from the Cartoon Network show is here. And since four arms are better than two, Kevin Levin is along for the adventure in local split-screen co-op. This is one Power Trip you’ll want to take again and again.

Noire ⋅ Demon Slayer: Kimetsu no Yaiba – The Hinokami Chronicles launches in October in Japan ⋅ 5 minutes ago

Fenfen ⋅ The Legend of Zelda: Breath of the Wild sequel launches in 2022 ⋅ 15 minutes ago
Latest Open Forum