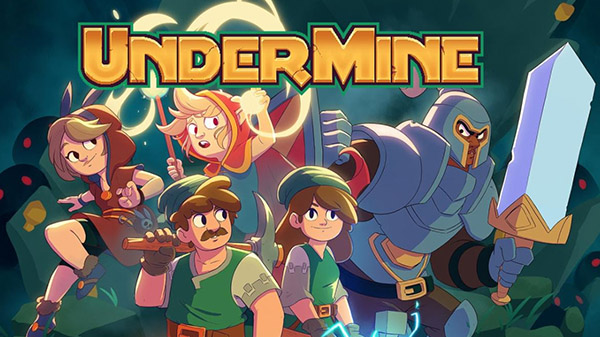 Action adventure roguelike UnderMine will launch for Xbox One, and PC, Mac, and Linux via Steam, on August 6, developer Thorium Entertainment announced. It will also be available via Xbox Game Pass for Console and PC on launch day.

UnderMine is an action-adventure roguelike with a bit of RPG tossed in. Blending combat and dungeon crawling from roguelikes like The Binding of Isaac, with the progression of roguelites like Rogue Legacy, UnderMine delivers a fresh new entry to the genre. Mine gold on each run and increase the peasant’s power by finding powerful relics. Rescue NPCs and return them to the hub where they will open up shop and offer powerful upgrades for future runs. Delve deeper, exploring each new area, discover its many secrets and ultimately defeat its powerful boss.

UnderMine has a rich world to explore and discover with charming characters, and a plot full of intrigue. Experience the plight of the poor peasant sent into the goldmine. His job is to labor away for a boss that doesn’t care about him, in an environment that is openly hostile, and among creatures that want to tear his flesh off his bones. A pretty funny situation when you think about it and something we can all relate to.

Hibari ⋅ The Legend of Zelda: Breath of the Wild sequel launches in 2022 ⋅ 5 minutes ago
Latest Open Forum