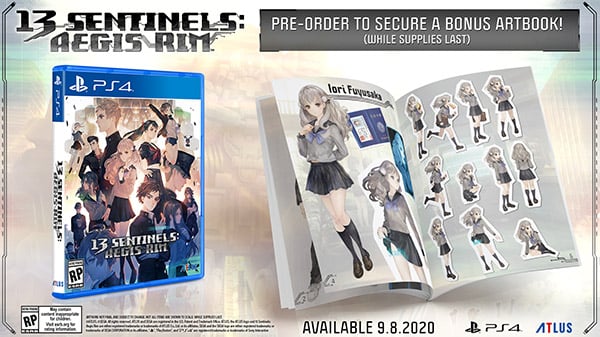 Due to the impact of the ongoing COVID-19 pandemic on Atlus’ production schedules, 13 Sentinels: Aegis Rim will only include Japanese voice-overs at launch. A free English voice-overs patch will be released sometime after launch. The game will support English, French, Italian, German, and Spanish subtitles.