First look at real-time footage on a PlayStation 5 dev kit. 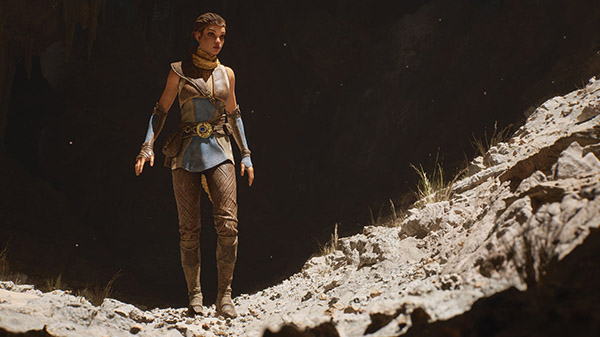 Epic Games has announced Unreal Engine 5, its next generation game engine, with the real-time technical demonstration “Lumen in the Land of Nanite” running live on PlayStation 5.

Speaking to Geoff Keighley in a Summer Game Fest 2020 live stream, Epic Games chief technology officer Kim Libreri said, “It’s a fully playable demo. We plugged a recorder into the back of a PlayStation 5 dev kit and recorded the signal that came out of the HDMI. So it’s a totally live demo, it’s replayable, and it’s a little bit different every time you play it.”

Here is an overview of the demo, engine timeline, and more via Epic Games:

Lumen in the Land of Nanite

This demo previews two of the new core technologies that will debut in Unreal Engine 5:

Numerous teams and technologies have come together to enable this leap in quality. To build large scenes with Nanite geometry technology, the team made heavy use of the Quixel Megascans library, which provides film-quality objects up to hundreds of millions of polygons. To support vastly larger and more detailed scenes than previous generations, PlayStation 5 provides a dramatic increase in storage bandwidth.

We’re designing for forward compatibility, so you can get started with next-gen development now in Unreal Engine 4 and move your projects to Unreal Engine 5 when ready.

We will release Fortnite, built with Unreal Engine 4, on next-gen consoles at launch and, in keeping with our commitment to prove out industry-leading features through internal production, migrate the game to Unreal Engine 5 in mid-2021.

Starting today, you can download and use Unreal Engine to build games for free as you always have, except now royalties are waived on your first $1 million in gross revenue. The new Unreal Engine license terms, which are retroactive to January 1, 2020, give game developers an unprecedented advantage over other engine license models. For more information, visit the FAQ.

Friends, matchmaking, lobbies, achievements, leaderboards, and accounts: we built these services for Fortnite, we launched them across seven major platforms—PlayStation, Xbox, Switch, PC, Mac, iOS, and Android. Now we’re opening up Epic Online Services to all developers FOR FREE in a simple multiplatform SDK!

Mix and match these services together with your own account services, platform accounts, or Epic Games accounts, which reach the world’s largest cross-platform social graph with over 350 million players and their 2.2 billion friend connections across half a billion devices.

Watch the technical demonstration below. View a set of screenshots at the gallery.

visit gallery »
The Last of Us Part II 'Inside the Story' developer diary Previous post
Fortnite coming to PS5, Xbox Series X at launch Next post

💎Junsui no Houseki💎 ⋅ The Legend of Zelda: Breath of the Wild sequel launches in 2022 ⋅ 7 minutes ago

💎Junsui no Houseki💎 ⋅ Fatal Frame: Maiden of Black Water coming to Switch in 2021 ⋅ 8 minutes ago