Umihara Kawase BaZooKa! coming west on May 28 for PC, July for PS4 and Switch

ININ Games to publish console versions in the west. 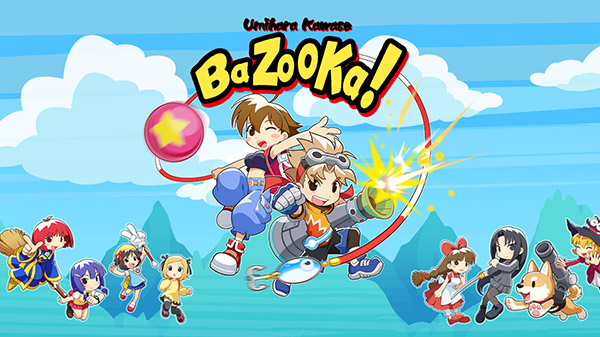 The PC version, according to its recently launched Steam page, will be published by Japanese publisher Success Corporation and launch worldwide on May 28. It will support English, Japanese, Simplified Chinese, Traditional Chinese, and Korean language options.

In Japan, the PlayStation 4 and Switch versions are also due out on May 28.

“Umihara Kawase is a well-known and famous brand,” said ININ Games CEO Helmut Schmitz in a press release. “There have been many successful renditions going right back to the Nintendo Super Famicom release. Umihara Kawase BaZooKa! not only offers great single-player options, but also multiplayer with four players and E-sports opportunities that will open up the game to a wider fanbase. Innovative skills, new challenges, infinite possibilities, superb mechanics, pixel-perfect physics and a cool cast, what more can you ask for? It’s one of those games that will keep you coming back for more.”

S_Mania999 ⋅ Disney Classic Games Collection: Aladdin, The Lion King, and The Jungle Book announced for PS4, Xbox One, Switch, and PC ⋅ 5 minutes ago