Play 51 tabletop games from around the world. 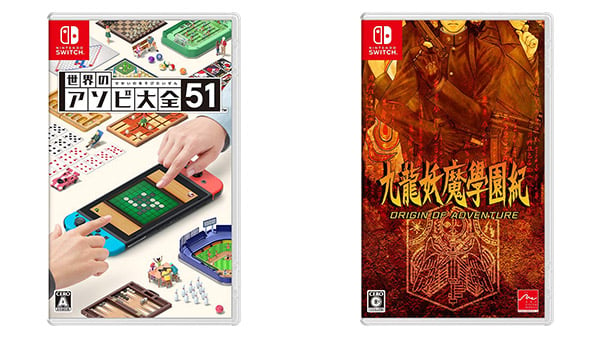 Featuring 51 tabletop games from around the world, Clubhouse Games: 51 Worldwide Classics is a collection featuring both local and online multiplayer gameplay. The full list of included games is as follows:

Kowloon Youma Gakuen Ki: Origin of Adventure is a Switch port of the 2004-released PlayStation 2 school romance juvenile adventure RPG Kowloon Youma Gakuen Ki (not the 2006-released Recharge version with added characters, quests, and an epilogue). In it, players can choose from nine emotions to communicate with the game’s individual characters. Depending on the chosen emotions, your relationship with the character will evolve. Sometimes they will become an ally that adventures with you, while other times they will influence the story that follows. Many challenges and tough enemies await in the historic ruins, and in order to fully clear the ruins, you must solve all of its mysteries while alternating between school parts and dungeon parts.

This Week’s Japanese Game Releases: Yomi wo Saku Hana for Xbox One, The Wonderful 101: Remastered, more