The Last of Us Part II goes gold

Due out for PlayStation 4 on June 19. 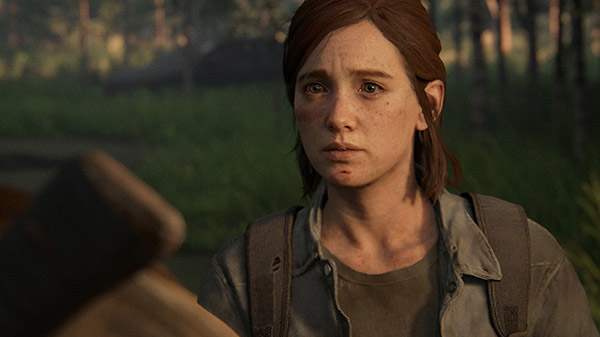 The Last of Us Part II has gone gold, publisher Sony Interactive Entertainment and developer Naughty Dog announced. That means the game has completed development and is ready for mass production to meet its June 19 release date for PlayStation 4.

Find a message from The Last of Us Part II creative director and lead co-writer Neil Druckmann below (followed by transcript).

We wanted to let you know that we have gone gold. So back in April we told you that you know due to the state of the world, logistics way beyond our control, we had to push the game, which gave us a few extra weeks to polish. And now that we have a release date, we’ve submitted our gold master.

So that means discs are starting to get pressed and the executable is being put on the PlayStation Network, and you’re going to have our game in just a few short weeks. And normally this would be a moment of celebration, you know, we would be at the office having a drink, eating cake, but we’re all stuck in our homes.

And I just want to take this moment to congratulate the team, that has pulled off the most ambitious game we’ve ever made. And I know I’ve said this before, but you won’t know to what degree until you get your hands on it and just see the care… the care has gone into every detail, from the level designs the mechanics just graphically how the game looks, environments, art direction, characters, story, the audio design, the soundtrack—oh my god the soundtrack is so amazing that even for us, who have played this game we can’t even count how many times–we know it inside out—we’re still emotionally moved. I just finished a playthrough and I was crying by the end of it.

And it’s just pretty incredible and I’m extremely proud of it, the team is extremely proud of it, and we can’t wait to hear what you guys think once you finally play it. And I will just want to say on behalf of everyone at Naughty Dog—we want to say thank you to you guys. You know, you’ve been very patient waiting for this game for years with us, and you’re just a few weeks away from from getting it. And a lot of you has sent us very sweet, encouraging messages along that time that have been really helpful as we make this thing.

And the last thing I will say is, no matter what you’ve seen or heard or read, nothing compares to playing this thing from beginning to end. It’s a video game you, you’ve got to play it.

Other than that, I’ll just say I hope you guys are doing well, stay safe, take care of your loved ones, and we’ll have a lot more for you real soon. Take care.

Bloodstained: Ritual of the Night - Zangetsu and Randomizer update launches May 7 for PS4, Xbox One, and PC, late May to early June for Switch Previous post
Steampunk-inspired Metroidvania game SteamDolls: Order of Chaos coming to PS4, Xbox One, Switch, and PC in 2021 Next post