A "very early" trial of the remake. 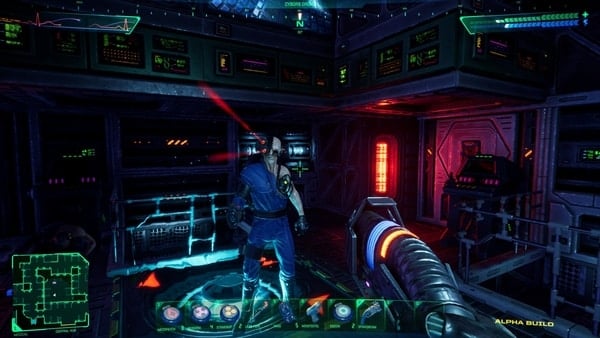 An alpha demo of the System Shock remake developed by Nightdive Studios is now available for PC via Steam and GOG, the company announced.

To celebrate the release of the demo, Nightdive Studios CEO Stephen Kick will do a full live stream of the demo followed by a 30-minute Q&A on Shacknews’ Twitch channel starting at 9:00 a.m. PT / 12:00 p.m. ET.

Here is an overview of the demo, via its GOG page:

After two decades, Nightdive Studios is rebooting and re-imagining the original System Shock. We will keep the new game true to the classic experience, keeping all the things you loved while giving today’s gamers the modern look and feel expected from a AAA title.

This Alpha Demo will give you a brief preview of the game. Please keep in mind this is a very early demo, so performance, content, etc. is not final.

With the help of members of the original team, including the original Voice Actor of SHODAN, Terri Brosius, Citadel Station has never been more immersive or terrifying!

You’re a renowned hacker, the most notorious cyberspace thief in the corporate world. Caught during a risky break-in, you become indentured to a greedy TriOptimum executive. After six months in a healing coma, you awaken to the twisted aftermath of a terrible disaster. Where are the surgeons? Why is the station in such disrepair? Slowly, the chilling realization that something is very wrong creeps over you. Once a prime corporate research facility, Citadel Station now teems with mindless cyborgs, robots and terribly mutated beings, all programmed to serve SHODAN, a ruthless A.I. There’s scarcely time to think before it unleashes the first terror…