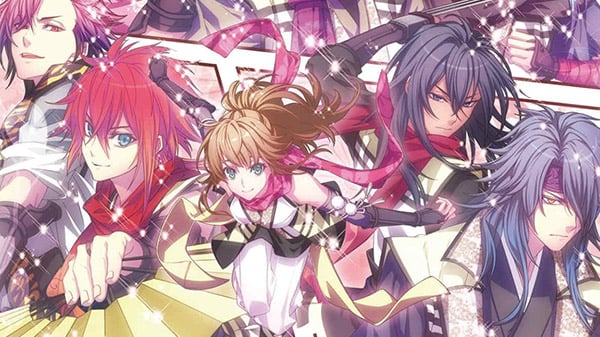 An 8,800 yen limited edition will also be available, which includes a special booklet and two original bookmarks.

Pre-orders for either edition will include a special booklet.

The heroine, Katagiri Kaede, goes to a ninja school! She lost her parents very young and her grandmother at 16, and is trying to become a ninja. She attends a local ninjutsu dojo, and one day meets the head of the Sanada Secondary Training Campus (founded by Sanada Yukimura after beating Tokugawa Ieyasu), which trains ninja. He invites her to take a ninja exam, and she agrees, transferring to the school to do a short-term study before taking the test. On her first day, she accidentally uses an advanced technique that makes her male classmates go meromero (lose their heads) over her when her heart thumps!

Watch a teaser trailer for the Switch version below.