Sega Ages Thunder Force AC launches May 28 in the west 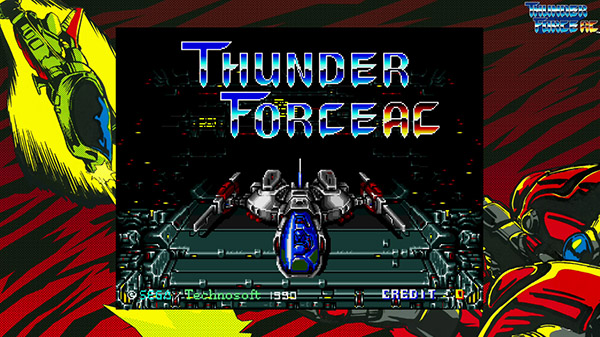 Sega will release Sega Ages Thunder Force AC for Switch via the Nintendo eShop in the west on May 28 for $7.99, the company announced.

The shoot ’em up title launched today in Japan.

Fasten your seat belts and get to your battle stations because the Galaxy Federation needs your help! Thunder Force AC is flying, dodging, and firing its way to the Sega Ages line-up for Switch on May 28!

Featuring a cavalcade of enhanced features and visuals, you can expect a devastating armada of entertainment right in your hands. This includes:

Finally, you can also expect a range of Sega Ages enhancements including stereo sound for most of the music and sound effects, HD Rumble, a CRT-like “Vintage” display, a “Cabinet” mode letting you relive that arcade ambiance, and save states, so any pilot error becomes a distant memory.

LordKaiser ⋅ Brigandine: The Legend of Runersia for PS4 launches December 10 worldwide ⋅ 3 minutes ago