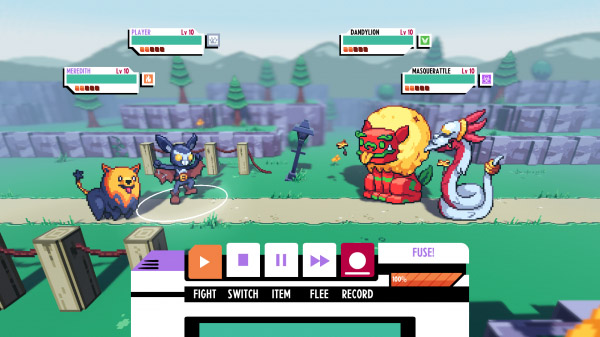 Brighton-based developer Bytten Studio has announced Cassette Beasts, a procedurally generated action adventure RPG with a branching narrative. It is planned for release on PC and Linux via Steam, with consoles to be confirmed.

Bytten Studio is currently seeking funding and publishing partners for Cassette Beasts. Interested parties can reach out to the studio on Twitter or by email.

Here is an overview of the game, via Bytten Studio:

Welcome to New Wirral, a remote island inhabited by creatures you’ve only dreamed of, nightmares you hopefully haven’t, and a cast of brave folks who use cassette tapes to transform for battle. To find a way home you’ll need to explore every inch of the island, and record monsters to tape to gain their abilities!

Bytten Studio also published a series of blog posts that dive deeper into detail on fusion, monsters, and chemistry.