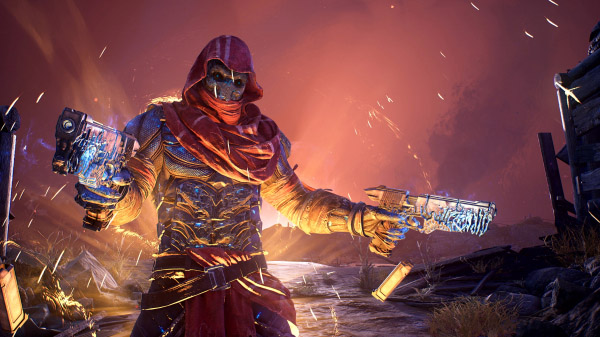 The footage, which is shown through the lens of drop-in co-op, reveals previously unseen Pyromancer powers, new creatures, information on the World Tier system, a look at a new environment, and more.

“We are making the game we always wanted to play,” said Outriders creative director Barket Kmita in a press release. “The team at People Can Fly are all gamers and we love shooters. Shooters are in our DNA and we have been making them for decades. At the same time, we also love RPGs. We always wanted to play a deep RPG, with an epic story and the flexibility to create lots of interesting character builds, but we also wanted a skill-based, challenging and intense real-time combat system in our RPG. When the opportunity to create it ourselves came along, it was like a dream come true.”

Watch the gameplay videos below. View a new set of screenshots at the gallery.