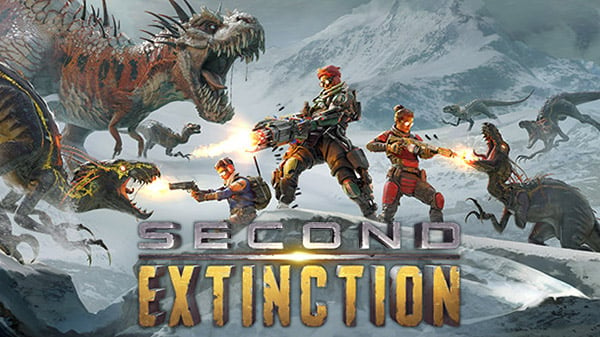 Developer Systemic Reaction has announced three-player, online cooperative shooter Second Extinction for Xbox Series X, Xbox One, and PC (Steam). A release date was not announced, but a PC closed beta is slated to begin this summer, which you can sign-up for here.

“I’m very proud of what our team has created,” said Systemic Reaction managing director Tobias Andersson in a press release. “As a live game, we plan to support Second Extinction long-term, as we do with all our titles. We can’t wait for players to team up, start playing, and become part of our community.”

Lead producer Brynley Gibson added, “Second Extinction is a real passion project for our tight-knit team, and we’re just getting started. It’s incredible how far we’ve come in this short time, and I’m super excited to reveal more details, including our live roadmap, in the coming months.”