Details on the season pass, gacha machine, and more. 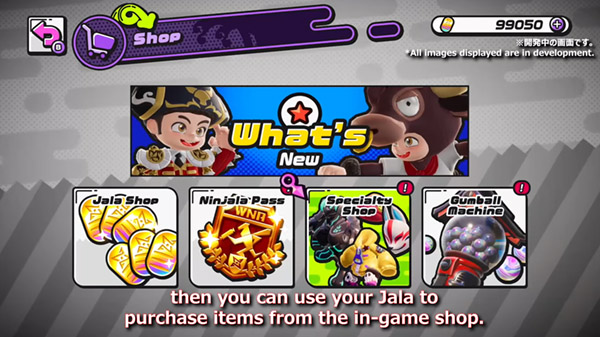 GungHo Online Entertainment has released a new developer diary for Ninjala detailing in-game purchases, as well as announced a second open beta test for May 31.

The second open beta test will run from the following times:

Before going into detail on in-game purchases, Ninjala game designer Kazuki Morishita and director Motoki Kaneda stressed that Ninjala is a free-to-play title that does not require a Nintendo Switch Online subscription to participate in online battles, nor is it “pay-to-win” as ultimately “your skills will determine your success.”

Ninjala is due out for Switch via the Nintendo eShop on June 24 in the west and June 25 in Japan. Read more about the game here and here.

Vanadise ⋅ Utawarerumono: Mask of Deception and Mask of Truth delisted from PlayStation Store in the west as licensing expires ⋅ 13 minutes ago