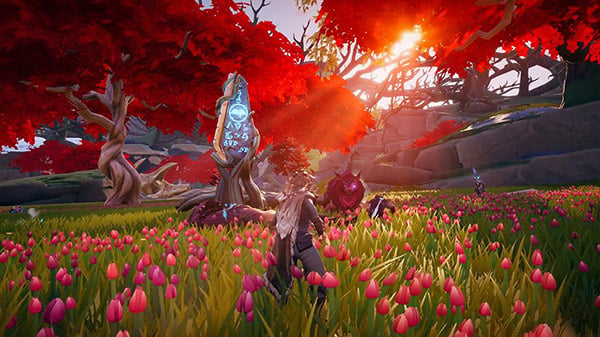 Dreamside Interactive will release Fig-funded multiplayer survival action RPG Frozen Flame for PC via Steam Early Access this fall at a minimum planned price point of $29, and later for conosles, the developer announced. A closed beta will begin in June.

Frozen Flame is a multiplayer survival action RPG that offers a fresh take on the survival genre by enhancing it with a deep role-playing experience. Defeat epic bosses and dozens of dangerous monsters in fast-paced third-person combat. Explore a constantly changing open world with many hazards to overcome and secrets to find, with flexible crafting and leveling systems offering great replayability. This is the world you’ll want to visit again and again.

The Flame is a source of magical power, which you can use to develop your character and conjure powerful magic. High level players are able to build entire settlements, tame wild creatures, explore new lands and dungeons. Adepts of player-versus-player will be able to join Orders and participate in their unending wars. Each Order offers unique quests and rewards.

The main game mode is the Cataclysm. Survival is not the only goal – the world needs saving from utter destruction. After each game cycle player progress is partially saved, bringing the players closer to the final boss. New game modes and worlds are planned in future updates.

It is possible to play both on official dedicated servers (up to 50 people online), and on private ones with custom settings.

NetEase Games announces Norse mythology-themed open-world adventure game The Ragnarok for console, PC, iOS, and Android Previous post
Point-and-click adventure game When the Past Was around coming to PS4, Xbox One, and Switch this summer Next post

Игорь Фейспалмович ⋅ Death end re;Quest 2 launches this summer in the west ⋅ 38 minutes ago