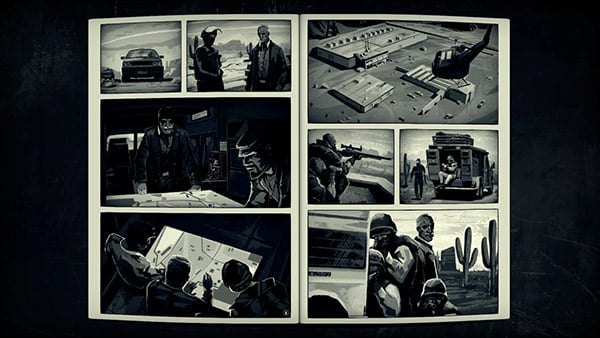 The PC version of Liberated will launch via Steam sometime after the Switch version.

“Liberated has been a huge labor of love and collaborative effort between Walkabout, Atomic Wolf, and L.inc,” said Walkabout Games head of business developer Piotr Gnyp in a press release. “We hope that with Liberated we will give a second life to comic book and graphic novel genres, using technology to bring them into a new era of interactive storytelling.”

Here is a brief overview of the game, via Walkabout Games:

Liberated is a groundbreaking, award-winning, new vision of the future of digital comics. Panel by panel, you’ll switch between action, stealth, puzzles, and an engaging comic book story with compelling player-led choices. Liberated is set in a near-future, tech-noir society slipping into the throes of authoritarianism. Powered by corporations and enabled by new technology, join the fight against state-driven misinformation. As government surveillance and weaponized personal data have painted the world in shades of grey, knowing where to draw the line between revolution and terrorism has never been more paramount.