Jump King for PS4, Xbox One, and Switch launches June 9 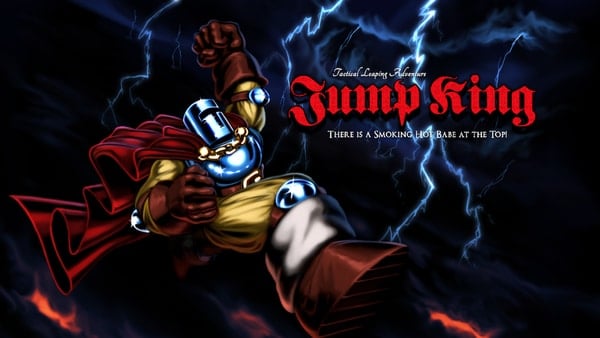 Jump King will launch for PlayStation 4, Xbox One, and Switch on June 9, publisher Ukiyo Publishing and developer Nexile announced.

The “comically vicious vertical platformer” first launched for PC via Steam in May 2019.

“It’s great to finally be able to share Jump King with players on console,” said Nexile’s Felix Wahlstrom in a press release. “Building the entire game around just jumping was very amusing. I’m happy we stuck with the purity of our vision. We managed to distill the mechanic to one of its truest forms, creating an unforgettable challenge for players! Jump King has a modern structure and a mechanic taken for granted with a twist, all in a captivating and classic package. We think console gamers will both love and hate it, just like we do””

Ukiyo Publishing’s Paul Hann added, “Jump King continues to offer the team at Ukiyo Publishing some of the most hair-pulling, infuriatingly fun moments of our gaming lives. I’ve still not managed to reach the top of this devilish castle, but at least now I can try to do so from the comfort of my sofa.”

Here is an overview of the game, via Ukiyo Publishing:

Jump King is a tough as nails “tactical leaping adventure” that challenges players to ascend a colossal tower to rescue a smoking hot babe at the top, where all they can do is jump. Players must set themselves in the desired position, charge their jump just right, then let gravity do its thing as they make each nerve-wracking leap. Should they be the right and true king of jumping, they shall land on a ledge. Otherwise… well, it could be a long drop down.

Every point of progress is saved along the way… but so is every setback. Jumps that cause you little grief one time may become the bane of your existence upon encountering them again. It’s worth experimenting with different routes and tactics though, as Jump King features multiple paths to success. All this is wrapped up in a nostalgic pixel art aesthetic, full of colorful characters and evocative locales.

Make no mistake, Jump King is an extraordinarily difficult game, yet it can be relished by anyone looking for a tough but fair challenge. It’s sadistic enough to drive a seasoned gamer to tears, yet accessible enough due to its simple controls and mechanics, that anyone can overcome its challenges—perseverance is key! Do you have what it takes to be the one true Jump King?