Due out alongside PC version this summer. 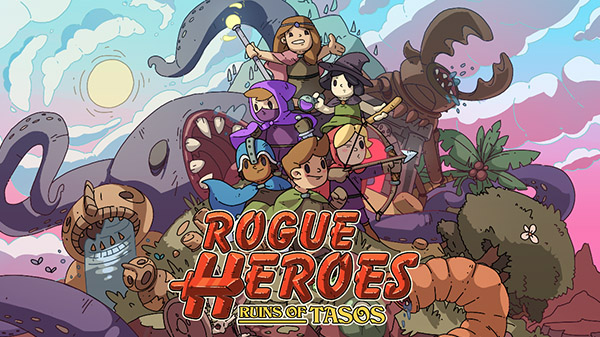 Four-player cooperative roguelite Rogue Heroes: Ruins of Tasos will be available for Switch in addition to its previously announced PC (Steam) version when it launches this summer, publisher Team17 and developer Heliocentric Studios announced.

“Developing Rogue Heroes: Ruins of Tasos for Nintendo Switch as well as PC seemed like a no-brainer for the studio, especially given its classically nostalgic visual style and gameplay,” said Heliocentric Studios co-founder Joshua Gump in a press release. “We’re sure Nintendo fans will enjoy the roguelite adventuring that the game brings to Switch, whether they’re playing solo or with friends, as they work to uncover treasures, defeat enemies, and become legendary heroes of Tasos!”

Team17 producer Chris Coales added, “We’re very happy that Nintendo Switch players can enjoy the roguelite adventure of Rogue Heroes: Ruins of Tasos! Working with Heliocentric Studios on the game has been a lot of fun, and we can’t wait to hear what players think later in the year, once they get their hands on the full release and see all of the secrets that Tasos has to offer.”

Rogue Heroes: Ruins of Tasos will see players tackle enemy and puzzle-strewn, procedurally-generated dungeons and explore the expansive overworld of Tasos in a bid to save its people from the Titans. Away from the multi-level dungeons players can spend their well-earned spoils on new weapons and abilities, rebuilding the village of Intori, or can venture out and uncover the many secrets hidden throughout the land.

AskAGamer ⋅ Mercenaries Blaze: Dawn of the Twin Dragons for PS4 now available in Japan ⋅ 16 minutes ago