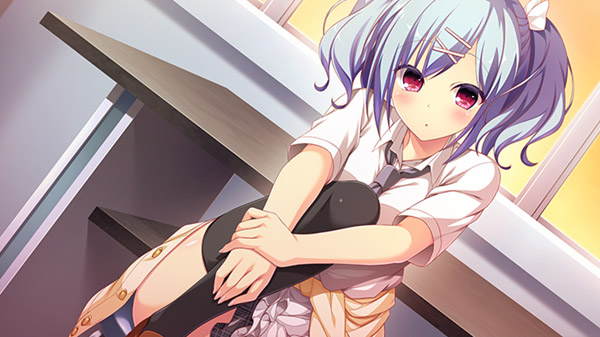 The company cited impact from the month-long COVID-19-related state of emergency declared by the Japanese government on April 7 as reason for the delay.

E School Life first launched for PC in May 2019 in Japan. Here is an overview of the game’s story, via VNDB:

Ryoutarou had been forced to live and study overseas for the past six years due to his parents’ work. He confided to his childhood friend Tooru, who was living in Japan, that he hated it.

“I’m surrounded by the guys in the class and can’t even get a chance to talk to the girls… I don’t want my teenage years to end like this!!”

Tooru sympathized with Ryoutarou upon hearing about his difficulty with the language barrier and desire to return to Japan, and talked with his parents about the possibility of bringing him back. After convincing his parents, Ryoutarou was able to return and live in a room share with Tooru. He was thrilled to be back on native soil, but more importantly, that he will be able to talk with girls! He’ll be able to fall in love at his new school!

“What did you plan on doing when you came back to Japan?”

“Fall in love, of course! I want girl friends!”