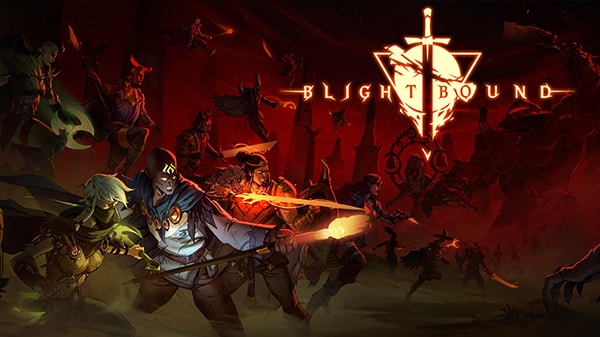 The world lies in peril. Decades ago, a band of legendary warriors slayed the dreaded Shadow Titan after a long and ferocious struggle, but their celebration was short-lived. The Shadow Titan’s true intentions revealed themselves when from his broken husk flowed the Blight; a corrupting fog that alters any living creature exposed to its evil.

Blightbound is an online and local multiplayer dungeon crawler that tasks three heroes to venture down from their mountain refuge to face the abominations of the Blight—a mysterious and corrupting fog that enshrouds the land.

Explore handcrafted dungeons, fight a terrifying cadre of mystical and monstrous enemies, grab valuable loot, and recover fallen heroes to expand your roster of available warriors. Each player will fulfill a specific role on the team—warrior, assassin, or mage—to overcome colossal bosses and solve clever puzzles.

Can you collect and complete all the challenges, and conquer the Blight once and for all?