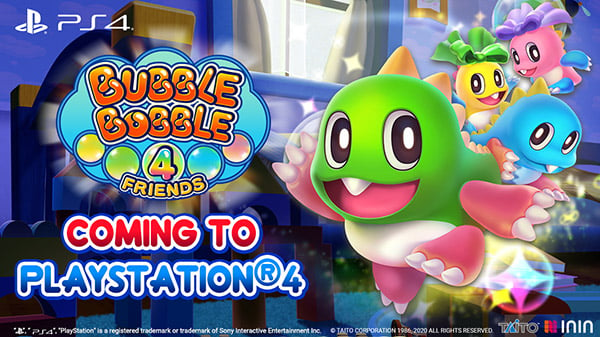 ININ Games will release a PlayStation 4 version of platform action game Bubble Bobble 4 Friends this winter in America, Europe, and Australia, the publisher announced. It will be available both physically and digitally. In Japan, developer Taito will publish the title.

To celebrate the announcement of the PlayStation 4 version, ININ Games and Taito are hosting a fan art contest (English / Japanese). Ten winners will be selected to have their artwork and name featured in the game’s end credits, as well as win a copy of the game.

Watch the PlayStation 4 announcement trailer below. View a new set of screenshots at the gallery.