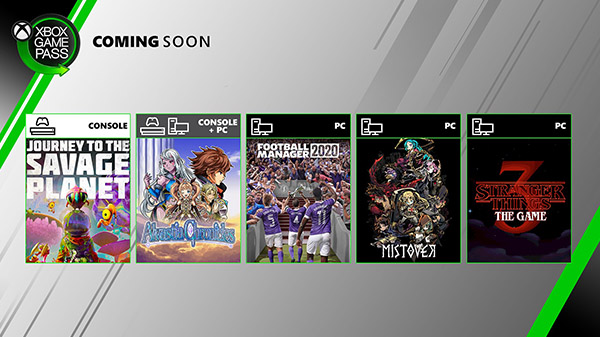 Journey to the Savage Planet, Alvastia Chronicles, and more are coming to Xbox Game Pass in April, Microsoft announced during the latest episode of Inside Xbox.

The following titles were also announced as leaving Xbox Game Pass on April 15:

Microsoft also announced that Xbox Game Pass will be expanding to Japan and Korea on April 14. Xbox Game Pass for PC will launch in beta in Korea and will be included as part of Xbox Game Pass Ultimate benefits, which is already available in the region, while all Xbox Game Pass services for console and PC will come to Japan for the first time.

Watch a video message from head of Xbox Phil Spencer, as well as a trailer for Yakuza: Kiwami, below.