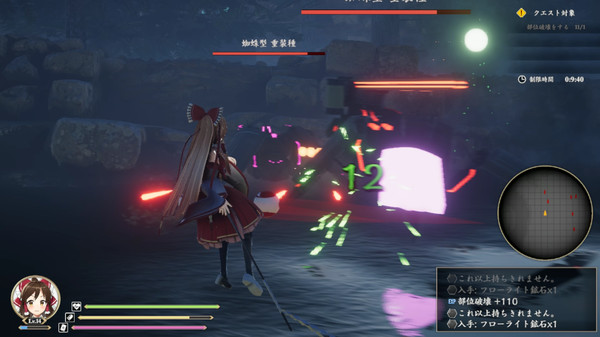 This is a free-flying hunting action RPG! Attack from the air and hunt down your targets as Reimu or Marisa!

Invader weapons called Metal Spiders have appeared in Gensokyo! Why are they popping up around the Human Village? Reimu and Marisa set out to the Human Village to get to the bottom of the incident!

The story is set after the events of Forbidden Scrollery and Legacy of Lunatic Kingdom, but you don’t have to be familiar with either of those stories to enjoy this one!