Plus a couple of digital-only titles. 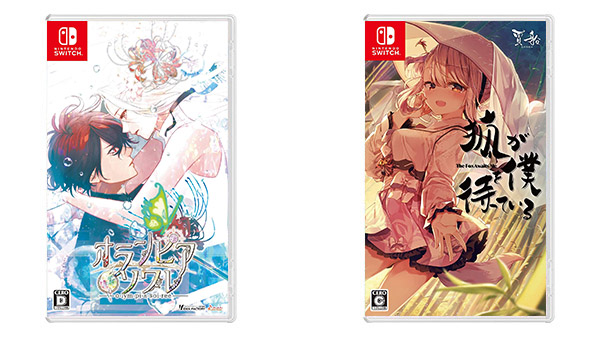 Visual novels The Fox Awaits Me and Olympia Soiree for Switch are the highlights of this week’s Japanese game releases.

The Fox Awaits Me is a romance visual novel originally released for iOS and Android in November 2017 in Korea. It tells the love story of protagonist Kaito and a fox girl named Shua through a mix of emotions including sadness, comedy, and fear, and features multiple choices and endings, as well as Live2D animation.

Olympia Soiree is an otome visual novel that tells the story of a girl named Olympia, who lives on an island that values color more than life, and is the only one born of the color “white.” In order to keep that rare color from dying out, she must find a mating partner who can love her for who she truly is.

The Switch titles listed above can be purchased through Japanese PlayStation Network and Nintendo accounts using prepaid cards: