Tie together multiple courses on a customizable world map. 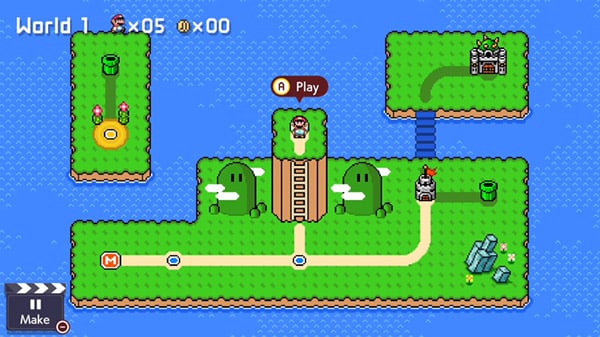 Nintendo will release the final free update for Super Mario Maker 2 on April 22, which adds the new “World Maker” mode plus a host of new content and features, the company announced.

In “World Maker” mode, multiple courses created by a user can be tied together on a path from the starting point on a world map to the end castle. The look of the world map can also be customized. Up to eight worlds containing a total of up to 40 courses can be combined, creating a mini Super Mario game that can be shared with others.

In addition to “World Maker,” guess who else is making an appearance in Super Mario Maker 2? The Koopalings! All seven of these troublemakers, each with his or her own movement pattern, can be added to user-created courses. Other enemies added to the game include the key-chasing Phanto and the wind-up Mechakoopas.