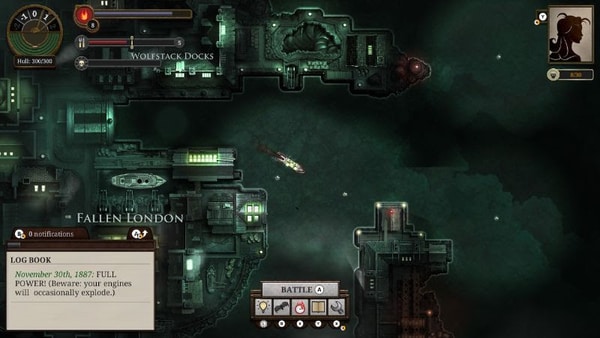 Sunless Sea: Zubmariner Edition, which first launched for PlayStation 4 in August 2018 following the original PC release in February 2015, is coming to Switch on April 23 and Xbox One on April 24, publisher Digerati and developer Failbetter Games announced. The ports are developed Nephilim Game Studios.

An updated version of the January 2019-released PC followup game Sunless Skies, dubbed Sunless Skies: Sovereign Edition, is currently also in development for release across PlayStation 4, Xbox One, Switch, and PC in 2020.

Here is an overview of Sunless Sea: Zubmariner Edition, via Digerati:

Take the helm of your steamship in a Victorian gothic role-playing game of discovery, loneliness and frequent death.

Sunless Sea: Zubmariner Edition includes the base game and the extensive underwater expansion.