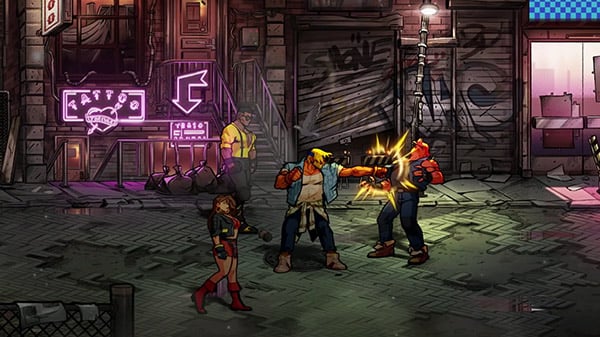 Publisher and developer Dotemu and developers Lizardcube and Guard Crush Games have released the launch trailer for Streets of Rage 4, which is available now digitally for PlayStation 4, Xbox One (including Xbox Game Pass), Switch, and PC via Steam. The game is available at a 10 percent off the regular $24.99 price point for the first four days of release for PlayStation 4, Switch, and PC.

As a reminder, Limited Run Games will release limited print physical standard and special editions of Streets of Rage 4 for PlayStation 4 and Switch. Pre-orders are available now and will close on May 10.

Here is an overview of the game, via Dotemu:

The first mainline series entry in more than 25 years, Streets of Rage 4 infuses the series’ classic elements with a modern evolution of gameplay, art and design, giving fans an authentically faithful tribute which still offers a distinctive experience.