Slice-of-life adventure game A Space for the Unbound coming to PS4, Xbox One, and Switch this winter

A story about overcoming anxiety, depression, and the relationship between a boy and a girl with supernatural powers. 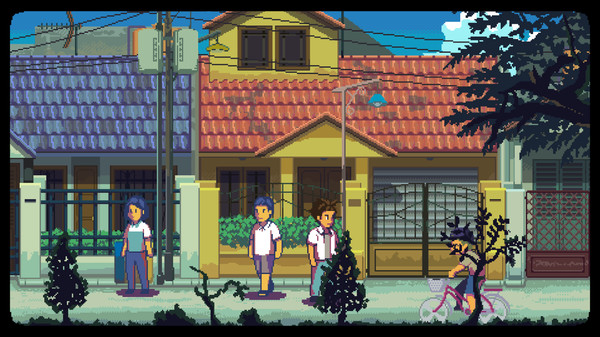 Mojiken Studio-developed slice-of-life adventure game A Space for the Unbound is coming to PlayStation 4, Xbox One, and Switch alongside its previously announced PC version (Steam) this winter, the latest issue of Weekly Famitsu reveals. In Japan, it will be published by Chorus Worldwide.

A free “Prologue” version of the game is currently available for PC via Steam. It is described as the “prologue chapter and proof of concept” for the game.

High school is ending and the world is ending with it.

A Space for the Unbound is a slice-of-life adventure game with beautiful pixel art set in the late 90s rural Indonesia that tells a story about overcoming anxiety, depression, and the relationship between a boy and a girl with supernatural powers.

Follow two high school sweethearts, Atma and Raya, on a journey of self-discovery at the end of their high school years. When a mysteriously supernatural power is suddenly unleashed threatening their existence, they must explore and investigate their town to uncover hidden secrets, face the end of the world, and perhaps learn more about each other.

Set in a small town inspired by 90s era rural Indonesia, A Space for The Unbound presents an endearing story-driven experience with a vibrant environment waiting to be explored.

PlayStation Plus free games for May 2020 announced Previous post
Bug Fables: The Everlasting Sapling for PS4, Xbox One, and Switch launches May 28 Next post