Hacks and slash at the employees and CEOs of tech start-ups. 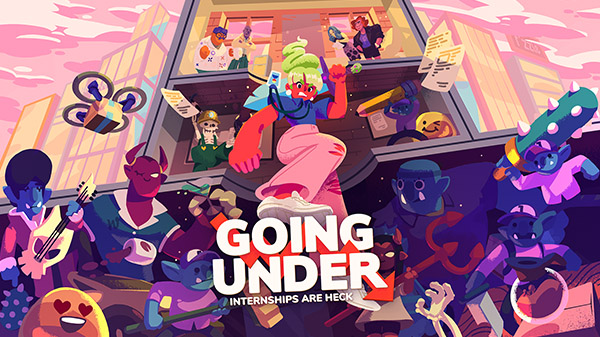 Satirical dungeon crawler Going Under will launch for PlayStation 4, Xbox One, and Switch in addition to its previously announced PC version (Steam) in Q3 2020, publisher Team17 and developer Aggro Crab Games announced. A demo is currently available via Steam.

Set in the colorful (yet dystopian) corporate world of tech giant Cubicle and their disruptive drink brand Fizzle, Going Under sees players take on the role of marketing intern, Jackie Fiasco, as she hacks and slashes at the monstrous employees and CEOs of cursed tech start-ups across a series of procedurally generated dungeons.