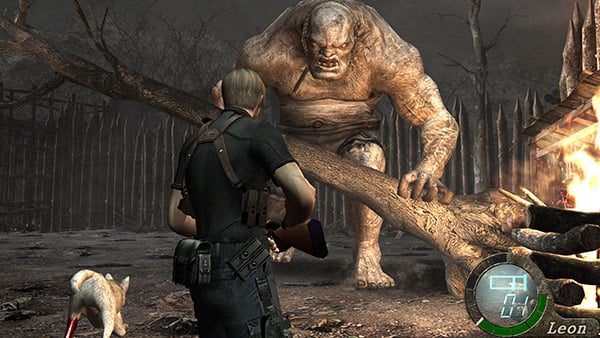 A remake of Resident Evil 4 has entered full production at Osaka-based M-Two, the studio founded by former PlatinumGames president Tatsuya Minami, with an estimated release window of 2022, according to a VGC report.

M-Two provided development support on this year’s Resident Evil 3 remake, which was led by director Kiyohiko Sakata of Redworks, with additional support by internal Capcom staff and other external teams.

The Resident Evil 4 remake reportedly has the blessing of Shinji Mikami, director of the original Resident Evil 4, who is said to have declined an approach to lead the project, but has provided advice on its direction.

While many original Resident Evil 4 staff still remain at Capcom, their involvement in the rumored remake is unclear. “One person with knowledge of development” told VGC the remake is being directed by a newcomer to the Resident Evil series.

VGC also recently reported that Resident Evil 8 is in development with a 2021 release window for current and next-generation platforms. Like Resident Evil 7, it is said to feature a first-person perspective and the return of protagonist Ethan Winters, while also taking many narrative and mechanical departures for the series, including hallucination and insanity segments, as well as enemies based on mythical creatures such as werewolves.

The Resident Evil 8 information was first shared by Twitter user @AestheticGamer1, but verified independently through VGC’s own sources.

Gematsu also heard from one source familiar with ongoings at Capcom about the development of a Resident Evil 4 remake at M-Two and a first-person Resident Evil 8 due out in 2021, as well as that Resident Evil 8 will feature PlayStation VR support like its predecessor.