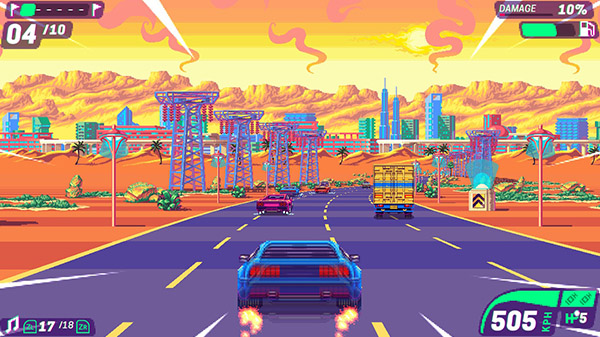 80’s Overdrive, a retro racing game that first launched for 3DS in March 2017, is coming to Switch via the Nintendo eShop on May 7, developer Insane Code announced.

80’s Overdrive is a 2D pixel art racing game, designed to take you back in time to when 8- and 16-bit consoles and arcade games ruled the world. Compete against opponents in Career Mode to unlock new races, buy new cars and upgrade them with state-of-the-art technologies! Try your skill in Time-Attack Mode and see how far you can get in this race against the clock! Create your own tracks with built-in track generator and easily share them with your friends!