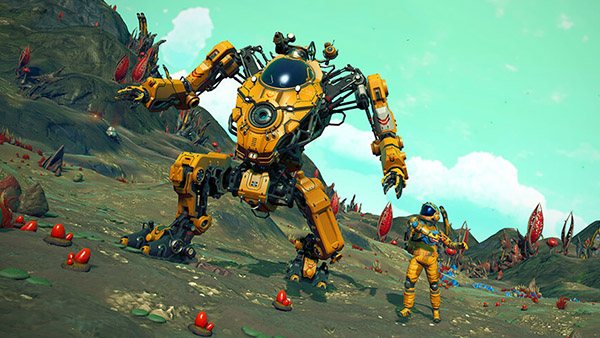 Hello Games has released the “Exo Mech” update for No Man’s Sky, which adds The Minotaur, an exo mech that introduces a new way to traverse and explore planetary surfaces.

Soar and stomp across the landscape with the Exo Mech update. Introducing a fully controllable mechanical walker, new Exocraft technologies, improvements to base building, and much more.

Exocraft Quality of Life and Other Fixes

Base Building Quality of Life