Inside Xbox: Xbox Series X gameplay special set for May 7 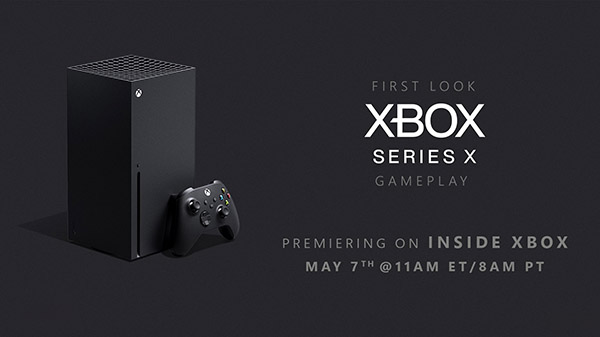 Microsoft will showcase a first look at gameplay of Xbox Series X games from “[its] global developers partners” via an Inside Xbox broadcast on May 7 at 8:00 a.m. PT / 11:00 a.m. ET, the company announced. You will be able to watch it on YouTube.

Aaron Greenberg, general manager of Xbox games marketing at Microsoft, added that this will be a third-party games showcase, and that “Xbox Games Studios teams are hard at work on some big summer plans.” More details will be announced “soon.”

Ubisoft also confirmed that it will debut the first gameplay trailer for the newly announced Assassin’s Creed Valhalla during the showcase.