Cat Quest and Cat Quest II in a one convenient package. 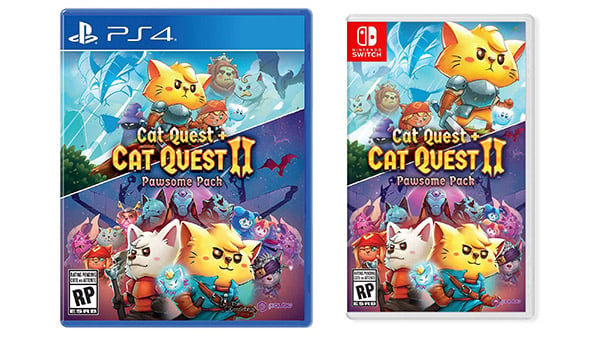 Here is an overview of the collection, via PQube:

From publisher PQube and Singapore-based developer The Gentlebros, Cat Quest introduces players to Felingard as they purrsue the evil Drakoth and their catnapped sister while slashing, dodging, counterattacking and using powerful magic to defeat enemies. Included in the Pawsome Pack is its long-awaited sequel Cat Quest II, which debuted two-player co-op gameplay, expanded the universe with a whole new story, unleashed dogs, revealed the Lupus Empire and much more.