Experience the strategy RPG ahead of its June 25 release. 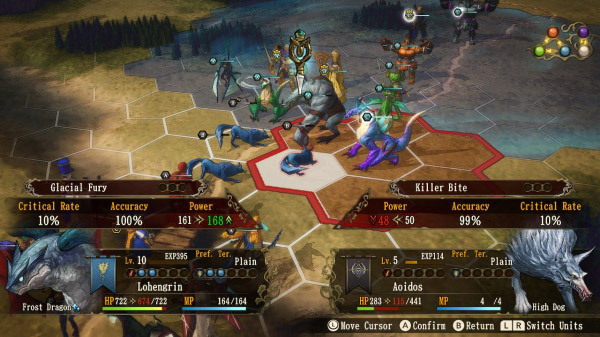 Here is an overview of the demo, via Happinet:

The Brigandine: The Legend of Runersia Nintendo Switch demo features two key modes to select from for new players looking for a new fantasy strategy RPG and returning fans of the classic Brigandine series. The training mode offers players a tutorial on troop movement, invading bases and combat, while the Trial mode allows the player to take on the role of the Brigandine of Justice, ruler of the Norzaleo Kingdom in Easy mode. The demo ends when the player’s army reaches up to 10 seasons or when seven bases have been occupied by the army*. However, the demo can be replayed for players to try different strategies and scenarios each time. Any game progress or save data players made in the demo will not transfer over to the game when it launches on June 25.

*Note to players: The Trial Version (Trial Mode) description after selecting “New Game” is incorrectly written as “experience a trial version of the game that lasts for three seasons”. The correct description is “The game will end after 10 seasons or when you occupy seven bases”.

Jason B. ⋅ Solar Ash launches October 26 ⋅ one minute ago