French-made narrative adventure game due out in 2021. 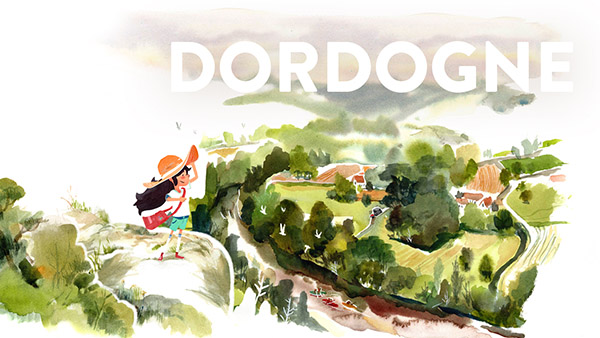 French developer Un Je Ne Sais Quoi, which is led by Cannes Award-winning animation director Cedric Babouche, has announced Dordogne, a 3D watercolor adventure game co-produced by UMANIMATION and due out for Switch and PC via Steam in 2021.

Dordogne is a narrative adventure game in which you play as Mimi, a 32-year-old woman visiting the house of her recently deceased grandmother. As a souvenir of the childhood summers Mimi spent with her in Dordogne, her grandmother left her letters and puzzles to solve, to remind her to make the most out of life.

In this colorful region, full of wonderful scents and feelings, Mimi will immerse herself back into her childhood memories, and see once again through the eyes of the little girl who marveled at everything.

Along with the puzzles that both versions of Mimi will solve, you’ll collect photos, sounds, objects and words to create Mimi’s journal – keeping young Mimi’s memories of summers spent with her grandmother in Dordogne.