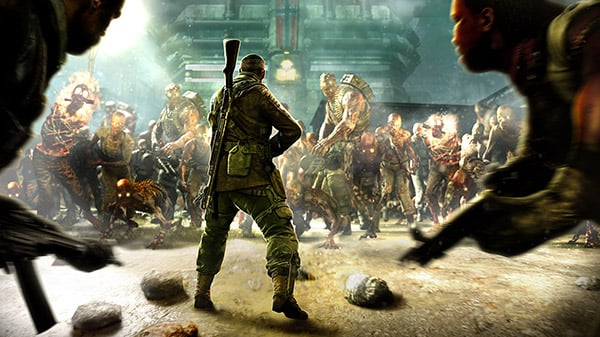 Rebellion has released Zombie Army 4: Dead War downloadable content “Mission 1: Terror Lab,” the first mission in the three-part “Hell Cult” campaign. It costs $6.99 standalone and is also included with the $34.99 Season Pass One.

The Fuhrer has been defeated, but the dead still rise. Infiltrate a mysterious laboratory, tear your way through zombified researchers and solve the mystery of the zombie scourge!

Explore a brand-new location in this terrifying mission in co-op or single player, complete with new collectibles! The Fuhrer may be gone, but the Dead War rages on!

Rebellion also shared a roadmap for upcoming Zombie Army 4: Dead War Season Pass One content. Get the details below.

Watch a new trailer and playthrough video below.