Vampire: The Masquerade – Coteries of New York coming to Switch on March 24, PS4 and Xbox One “very soon”

PC version to receive an update on the same day. 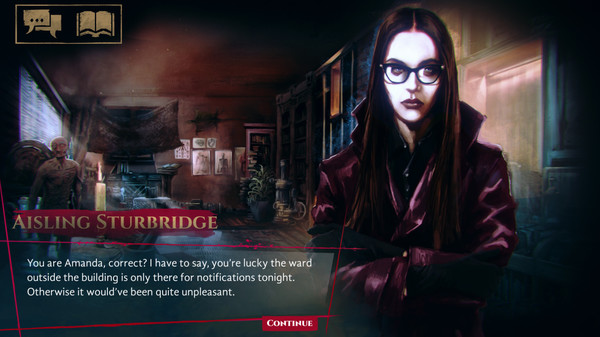 The Switch version of narrative adventure game Vampire: The Masquerade – Coteries of New York will launch via the Nintendo eShop on March 24, and PlayStation 4 and Xbox One versions are due out “very soon,” developer Draw Distance announced.

The console versions will contain additional graphic assets such as new character portraits and location backgrounds, improved audio design, and numerous fixes. The PC version, which first launched on December 4, 2019, will receive an update containing the extra content day and date with the console release.

Also on March 24, a Vampire: The Masquerade – Coteries of New York art book and 13-track soundtrack will be released on Steam, GOG, and other digital stores. Additional languages will also be added to the game in the following months.

Vampire: The Masquerade – Coteries of New York presents the conflict between two vampiric factions: the traditionalist Camarilla and the fiercely independent Anarchs among the landmarks and night lights of the Big Apple. It’s a unique, atmospheric, single-player narrative experience, set in the rich universe of Vampire: The Masquerade 5th Edition.

The game does justice to the mature themes of the World of Darkness, and takes advantage of the excellent atmosphere of the source material.

What is Vampire: The Masquerade – Coteries of New York?

Vampire: The Masquerade – Coteries of New York aims to translate the complex and fascinating world of vampires, their nightly struggles for power and attempts to hold on to their humanity.

How do you play Coteries of New York?

You act as a newly-fledged vampire in New York. You have to learn what it means to be one of the Kindred in a huge, vibrant, contemporary metropolis. On your way you’ll meet different NPCs—other vampires, thin-bloods, ghouls, humans… and more. You will perform tasks that will put test your humanity and take part in a complex and often brutal struggle for power between the Camarilla and the Anarchs. You’ll interact with key NPCs – form unique bonds and relations and learn your undead companions’ deepest secrets… or see them abandon you. You’ll feast on the living and will ask yourself about the very nature of humanity. You will have to keep track of your Hunger or the Beast inside you will take over. You will make choices for the character, including which storylines to pursue and how to approach the different situations presented. You will take part in a narrative experience with branching dialogue choices, memorable characters—all among iconic locales of the Big Apple. You will be able to use Disciplines that will help you in combat and conversations, but be aware that every use of a Discipline may increase the level of your Hunger. Left unchecked, your Hunger will force you to give control over to the Beast: a dark side of your nature which wishes only to feed… no matter the cost.

If it’s called Vampire: The Masquerade, does that mean you have something in common with World of Darkness, Bloodlines 2, the cult tabletop RPG system, or…?

Yes, exactly! Coteries of New York is set in the same universe as Bloodlines 2, but our game offers different experiences and stories.

Do you plan to expand the universe of Coteries of New York?

As for post-launch support, we’ll keep you updated. We would love to expand Coteries’ stories, but it depends on many factors and we do not want to over promise anything.

Which platforms will Coteries of New York be available on?

Coteries of New York is available on PC (Windows, Mac OS, and Linux). The game will launch on PS4, Xbox One, and Nintendo Switch in Q1 2020.

Yes! You’re able to play the PC version both with mouse and keyboard, as well as with a controller.

Seeker of the Lewd ⋅ PS5: The Future of Gaming presentation set for June 4 ⋅ 3 minutes ago

Carl_Ed ⋅ Report: PS4 titles submitted for certification after July 13 must be PS5 compatible ⋅ 3 minutes ago

.HackTheWorld ⋅ Report: PS4 titles submitted for certification after July 13 must be PS5 compatible ⋅ 3 minutes ago

moto hellogoto ⋅ PS5: The Future of Gaming presentation set for June 4 ⋅ 4 minutes ago