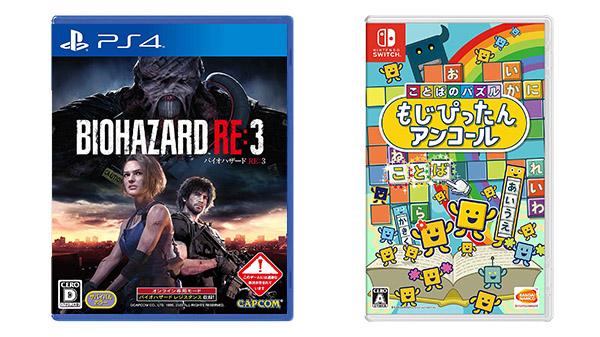 The Resident Evil 3 remake and Kotoba no Puzzle: Moji Pittan Encore are the highlights o this week’s Japanese game releases.

Developed by Capcom and M-Two, Resident Evil 3 is a remake of the 1999-released PlayStation original with an over-the-shoulder camera, modernized control scheme, and built in the RE Engine that powers games such as the Resident Evil 2 remake, Devil May Cry 5, and Resident Evil 7 biohazard. It also includes the four-versus-one asymmetrical multiplayer game Resident Evil Resistance, which will add Resident Evil 3 protagonist Jill Valentine as a playable Survivor.