The Coma: Double Cut collection coming to Switch on August 6 in Japan

Includes The Coma: Recut and The Coma 2: Vicious Sisters. 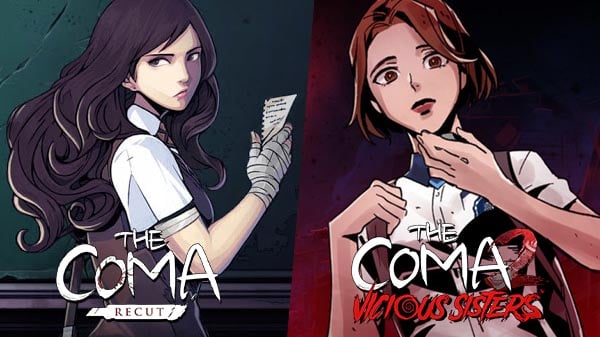 Chorus Worldwide will release The Coma: Double Cut, a collection that includes both The Coma: Recut and sequel The Coma 2: Vicious Sisters, for Switch on August 6 in Japan for 4,378 yen, listings at retailers such as Rakuten Books and Yodobashi confirm.

The Coma 2: Vicious Sisters is an atmospheric, story-driven game. Immerse yourself in the warped Sehwa district as you encounter an engaging cast of characters, solve puzzles, discover revealing clues, and fight for survival against a relentless psycho.

A New Lesson in Terror

The good news is your school is about to explode. The bad news is… you’re trapped in it with her.

The Coma is back, recut and remastered. Explore this horror-fest of the Korea indie cult classic with an all new visual upgrade and mechanics.

After spending all night studying for the last day of Sehwa High’s final exams, Youngho has an eerie dream. He arrives at school the next morning and learns someone tried to commit suicide in school the night before. Despite this, class goes on!

Youngho drifts asleep during the final to find himself trapped in the school at night. The only problem is…he’s not alone. You can run. You can hide. Can you survive while piecing together the nightmarish mystery of Sehwa High?