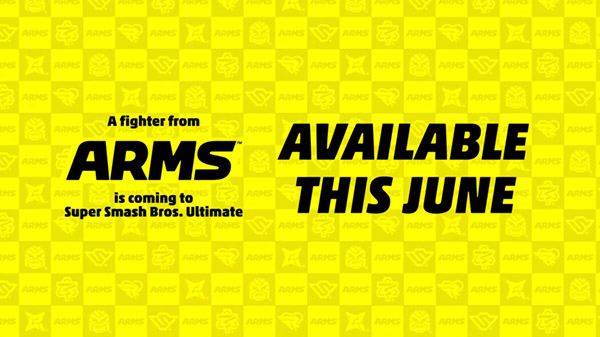 The first downloadable content character in the Super Smash Bros. Ultimate Fighters Pass Vol. 2 is a character from the game ARMS, Nintendo announced. The fighter will be announced and released in June.

Nintendo also announced that from March 26 to April 4, ARMS will be free-to-play for Nintendo Switch Online members.