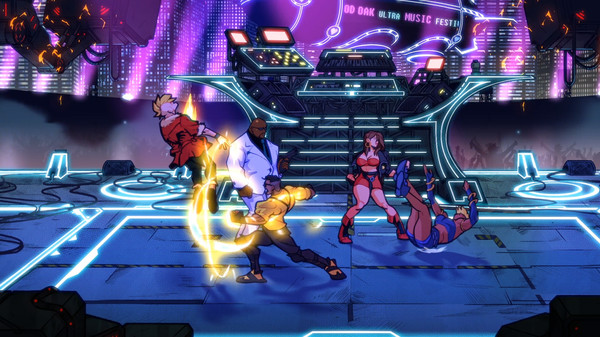 Olivier Deriviere, who previously worked on the soundtracks for A Plague Tale: Innocence, Assassin’s Creed IV: Black Flag, the upcoming Dying Light 2, and more, is the main composer for Streets of Rage 4, developers Dotemu, Lizardcube, and Guard Crush Games announced.

Deriviere will be supported by a roster of international guest musicians, including new contributions from Scattle (Hotline Miami 1 and 2), Das Mortal (Hotline Miami 2, XL Middleton, and Groundislava.

Dotemu describes Deriviere’s work as such:

Deriviere’s musical vision echoes the philosophy at the heart of Streets of Rage 4: infusing the timeless, classic elements of the original Streets of Rage games with a modern approach to gameplay, art, and design, channeling the nostalgic glory of the genre-defining beat ’em ups through the music of series composers Yuzo Koshiro and Motohiro Kawashima, along with featured Japanese composers, while instilling a unique spirit throughout Streets of Rage 4 via western artists and Deriviere’s sonic creations.

Four tracks from Streets of Rage 4 composed by Olivier Deriviere, Das Mortal, and Groundislava are now available for streaming on Dotemu’s Soundcloud.

Streets of Rage 4 is due out for PlayStation 4, Xbox One, Switch, and PC via Steam this spring. Pre-orders also opened today at Limited Run Games for PlayStation 4 and Switch physical editions.

Therasf ⋅ Hades rated for PS4 in Korea ⋅ 15 minutes ago