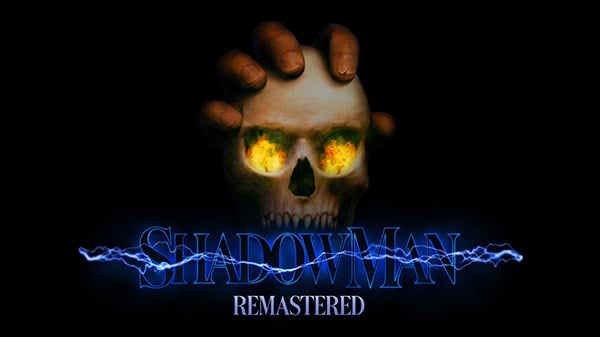 “Our goal with the remaster is to give today’s generation of gamers all the features that they expect from a modern title while preserving the qualities that made Valiant’s iconic character and the original Shadow Man game such memorable classics to begin with,” said Nightdive Studios CEO Stepehn Kick in a press release.

Valiant Entertainment chairman and CEO Dan Mintz added, “As part of our continued growth into the video game industry, we’re happy to bring Valiant fans this immensely popular Shadow Man character as the next title we release. Using this platform allows the Valiant fans to experience and explore the universe creatively.”

Here is an overview of the remaster, via Nightdive Studios:

Shadow Man is the brave and powerful supernatural hero who protects humanity from the sinister demons that lurk in the Deadside and spill into our world. The Shadow Man video game was originally developed by Acclaim Studios and published for the PC, PlayStation, Nintendo 64, and Dreamcast console in 1999. Considered a “lost classic” for years, the PC version of the game was published again in its original form by Nightdive Studios in 2014.

Now the title is being updated using Nightdive’s proprietary KEX engine which has been used to restore classic video games across all digital platforms including System Shock: Enhanced Edition, Turok, Turok 2: Seeds of Evil, Blood: Fresh Supply, and Forsaken Remastered.

The Remastered version adds a host of features in addition to console support:

And here is an overview of the original game, via the back of the box:

He is coming, stalking criminals in the spirit world and the real world.

A possessed man is coming, a voodoo mask in his chest and lines of power in his back.

Shadow Man is coming, trailing evil from Liveside to Deadside. To stop an apocalypse. To save your soul.