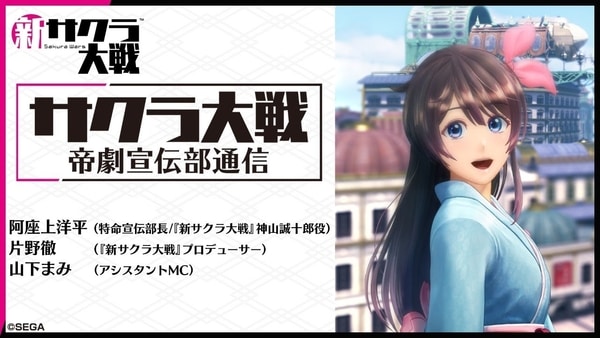 Sega will host the 13th “Sakura Wars Imperial Theater Propaganda Department Report” official broadcast on March 30 from 20:00 JST to 21:30 JST, the company announced. It will be live streamed on YouTube and Periscope.

The broadcast will act as a pre-launch special to Shin Sakura Wars the Animation, which will begin broadcasting in Japan on April 3, and promises a full introduction to the anime series. Additionally, the program will feature the latest information on Sakura Wars for PlayStation 4, including merchandise, collaborations, and more.

theotherspaceguy ⋅ A-Train All Aboard! Tourism characters trailer ⋅ 28 minutes ago